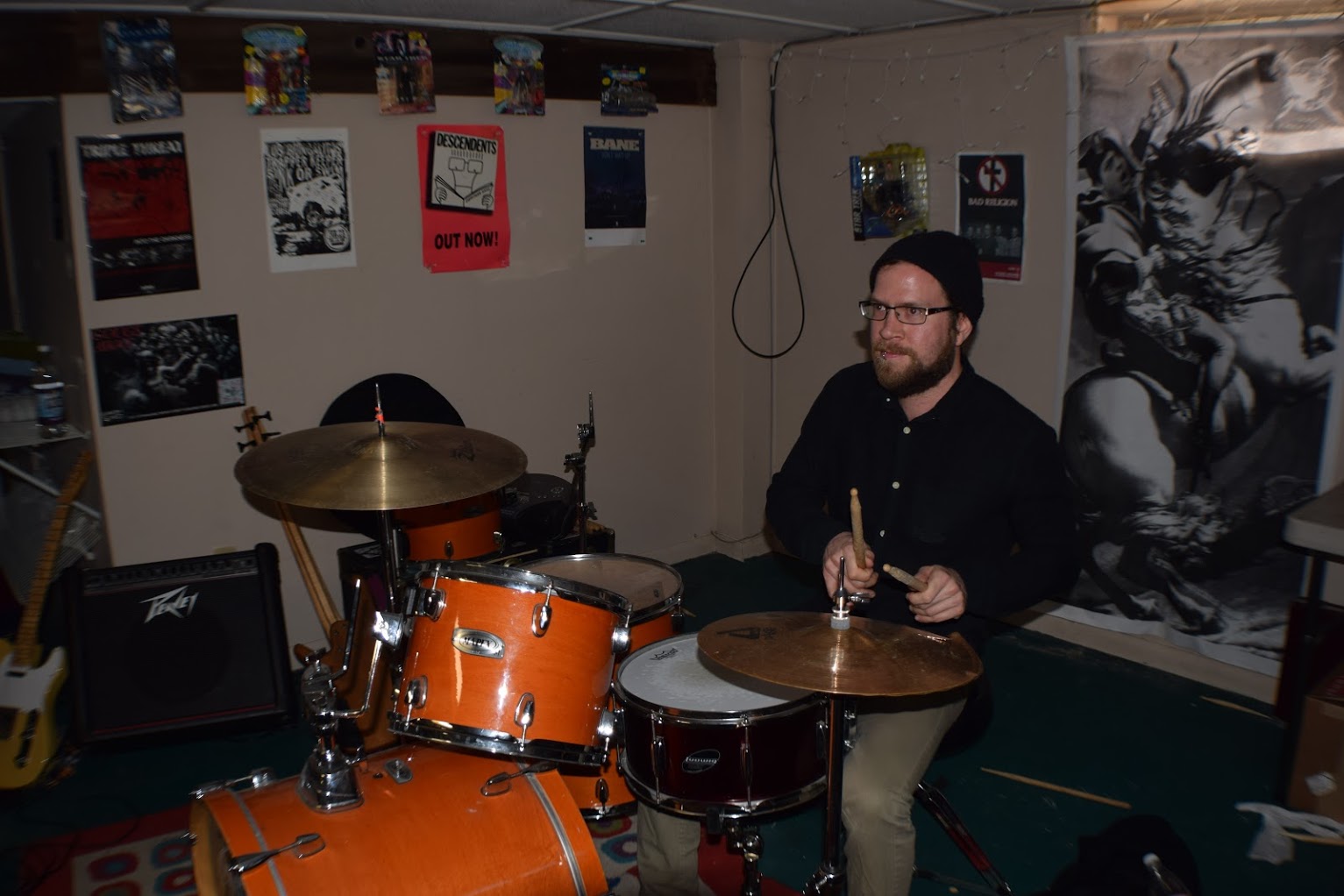 Sources on the scene report Forgione, who clocks in at 5’10”, 195 pounds, and a BMI nearing pre-hypertension, “wears it well” and “could probably gain 10 or so pounds comfortably without any untoward health risks.”

“We were sick of seeing these Greek Gods of unattainable male beauty standards manning the sticks,” said Failing Light’s vocalist Jerry Ferguson. “I think it’s finally time someone represented the body types of real men who will play a pick-up basketball game every few weeks, but don’t have a gym membership.”

Audience members were evenly split on Failing Light’s decision to defy body type conventions with their new percussionist, with some applauding the move as brave. “Look, he rocks his size,” said showgoer Kena Smith. “I saw him and thought to myself, ‘You go boy!’ It takes a lot of courage to come out and say, ‘Even though I’m doing non-stop cardio playing this instrument, my metabolism has slowed given my age and sedentary lifestyle.’ I think that’s a message young people in the scene need to hear.”

While some expressed positive support of the move, others felt the move was pandering to body activists and had no place in the hardcore scene. Still others felt that the move did not go far enough. “Umm, excuse me, if that’s plus-sized, then call me Moby Dick,” said Frank “Steel” Stevenson, plus-sized guitarist for local Oi band Feeding Time. “That guy still looks like he could run a nine-minute mile tomorrow if he wanted to. Call me when someone the size of Pig Champion is on the kit and then we’ll talk.”

Forgione largely kept quiet throughout the performance, choosing to let his skills do the talking. However, The Hard Times obtained an exclusive statement following the show: “Look, I’m comfortable with my size. If society can’t handle my size 36×32 jeans, then maybe society needs to change. We can’t all be Daniel Fang or Brendan Yates. Those guys are basically chiseled out of marble — totally unrealistic.”