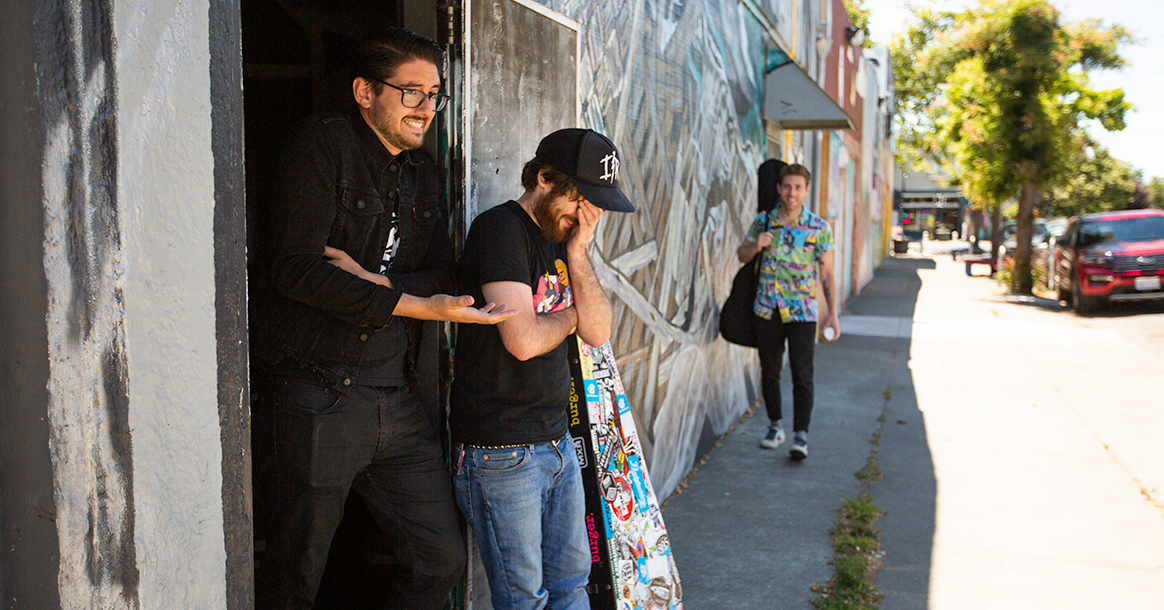 BALTIMORE — Members of local punk band Slip and Fall realized they’d neglected to tell their bassist they’d voted him out of the group weeks ago when he showed up for their show yesterday evening, embarrassed sources confirmed.

“Shit, I knew there was something I meant to do. I kept having this nagging feeling like I was forgetting something and, well, here we are,” noted frontman Jason Delahunt. “I haven’t seen Pete [Higgins] in nearly a month, so I figured someone else in the band must’ve told him. But when we were loading in, he just strolled up with this big shit-eating grin on his face. None of us had the courage to tell him to turn around and kick sand, so we tried our best to convince him the show was canceled, but then the promoter came out with drink tickets and fucked everything up.”

Compounding what was already shaping up to be an uncomfortable situation was the fact that Delahunt hastily asked replacement bassist, Dustin Riggs, to inform Higgins he’d been sacked.

“I guess every group has some sort of hazing ritual they put new members through, but this seems a bit cruel if you ask me,” remarked Riggs after pumping himself up in the rear view mirror of the band’s van. “I don’t even know this guy, beyond all the shit-talking the rest of the group did about him. Now I’ve got to go up to him and tell him I’m the guy who replaced him in the group he co-founded? This is worse than the time my mother made me tell my father she wanted a divorce, and he had just been diagnosed with cancer.”

“Punk bands tend not to be the most organized, so things like this often slip through the cracks,” said the former Spin editor. “At the same time though, kicking someone out of the band isn’t the same as, say, firing an employee. There’s no real structure or process to it, which can result in it getting pretty ugly, so I can see why these guys kind of sat on this. I think Joy Division did it best when they told their original drummer they thought their car had a flat, then drove off when he got out to check it.”

At press time, Higgins was knocking back his eighth beer, blissfully unaware that the bassist on stage setting up and soundchecking was not actually a new roadie the band hired.