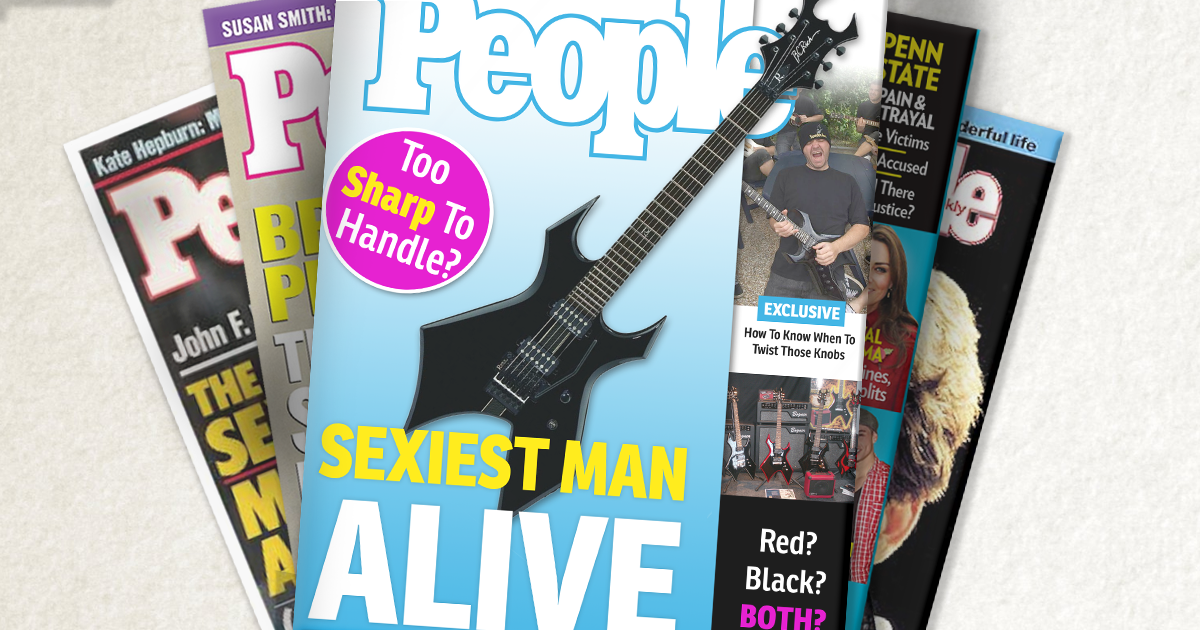 “To be named Sexiext Man Alive, you have to be many things,” said editor-in-chief Jess Cagle. “Natural charm and good looks are obviously important, but true sex appeal also means being totally evil-looking and badass, with a raw sound that gives absolutely no fucks.”

Known for impressing loads of hot girls while also being a completely legitimate instrument to own, Warlock first found success in the steamy pages of the Musician’s Friend catalog. After a famously risqué winter sales cover with Kerry King, the famed B.C. Rich was suddenly the fantasy of 14-year-olds of all ages and genders.

Fans of Warlock’s say it’s not just about the perfectly sculpted body, however — having major attitude is what makes Warlock truly attractive.

“We can all agree — super sweet looking, right?” said B.C. Rich Fan Club president Brian Bryans. “That’s always a bonus. But when Warlock comes out of that coffin case and plugs into a Digitech multi-effect pedal… I can’t help but give a little ‘hell yeah.’”

Not content with being a mere, timeless sex symbol, Warlock made waves in the world of philanthropy this week with a speech at the long-awaited opening of B.C. Rich’s newest performing arts school.

“This is a school is for the misunderstood. For the edgy. For the kids who won’t play by your rules,” said Warlock to thousands of awestruck parents. “And I promise, no matter how much of a major lame-ass your kid is now, by the time they leave here, every single one of them will be truly freakin’ wicked.”

Though the latest Sexiest Man Alive has always enjoyed almost universal admiration from both critics and peers, a small percent of the population expressed skepticism over the alder-bodied dreamboat.

“To all the people who have emailed me to say we are fucking idiots,” said Cagle. “You must have been born with tiny brains, and then instead of eyeballs, they have little chunks of dogshit of something, I don’t know. But, that’s life, isn’t it? And whether you’re into nü-metal, wallet chains, or simply just appreciate tribal tattoos, nothing will ever truly match the magic of the Warlock.”