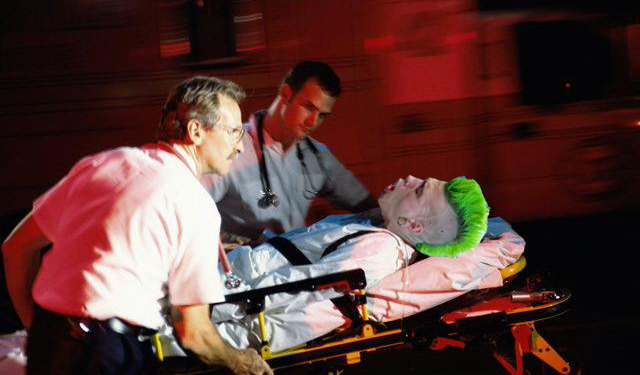 WASHINGTON — Seven punks are dead and hundreds more were injured after the front man of an opening band told a joke at a DIY basement show. According to a first responder on the scene, at least five punks standing within the blast radius of the joke are currently in critical condition.

“As soon as he said ‘knock knock,’ I knew shit was going down,” a concertgoer who identified himself only as “Pakrat” said. “Who’s there? A fucking massacre was who was there.”

The shockwaves of the attack could be felt throughout the punk world as news spread via social networking sites. Many punks took to Facebook to show solidarity with the victims.

“If you think that disgusting excuse for a ‘joke’ that killed three of my friends is funny, then just do me a favor and unfriend me right the fuck now. kthx bye,” user Cynthia Punxbuttons posted.

Calls for Jeremy Petersen, the frontman who told the joke, to “no longer be supported by the scene,” have reached a fever pitch. The hashtag #BasementBombing is trending within punk circles, concerning many non-punks that something terrible actually happened at the show.

UPDATE: Jeremy’s band, Meat Factory, has been kicked off of two upcoming shows, and most forums dedicated to punk or hardcore music have at least two threads going about the scandal. For more live coverage follow: @RealPunkNews on Twitter.