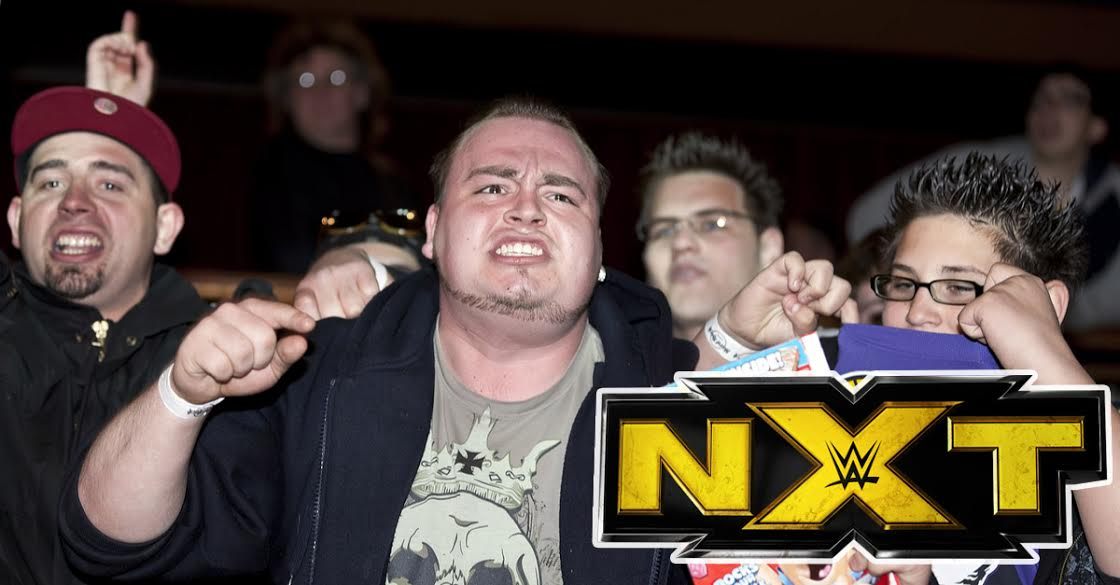 San Jose played host to a particularly enthusiastic NXT Live crowd last night. Those in attendance reported that the diehard California crowd was hot from before the opening bell all the way through the main event. Chants erupted all night long throughout the SJSU Events Center, including a “This is Chanting” and an “In-Ter-Mission” chant.

“I’ve never seen anything like it. These people are just incredibly stoked to be here,” said NXT Superstar Austin Aries. “It all started pretty routinely: chanting my name, chanting my opponent’s name, then ‘Both These Guys’, and then of course ‘This Is Wrestling’ … but what came next was new to me. ‘This Is Chanting.’ It’s accurate, but maybe a little unnecessary?”

The “This Is Chanting” chant only grew in strength as the opening match progressed, and continued to hold strong all the way through the third match.

“I was shocked that they were still doing the ‘This is Chanting’ thing when we came out for our match,” said one-half of the NXT Tag Team Champions Johnny Gargano. “Honestly, it was a little distracting. But they seemed to be having so much fun entertaining themselves that all I did was grab a headlock and work it until our finish. I could have taken a shit in the middle of the ring and I still probably would have got a ‘This Is Awesome’ chant. It was pretty much a night off.”

Although the vast majority of the fans in attendance were highly amused with themselves and their chanting, a few were not.

“Holy shit, they just never shut up,” said NXT fan Thomas Ianson, “I thought I would finally get a break from the constant chanting at intermission, but those bastards literally started an ‘In-Ter-Mission’ chant. Why don’t these people join a choir if they’re so in love with their own voices? Am I the only one who actually came to watch the matches?”

Shinsuke Nakamura successfully defended his NXT Championship against Samoa Joe in the main event, capping off a great night of wrestling that seemed to go mostly unnoticed by those in attendance. After the show had ended, fans were heard chanting “This Is Traffic” while trying to exit the parking garage.