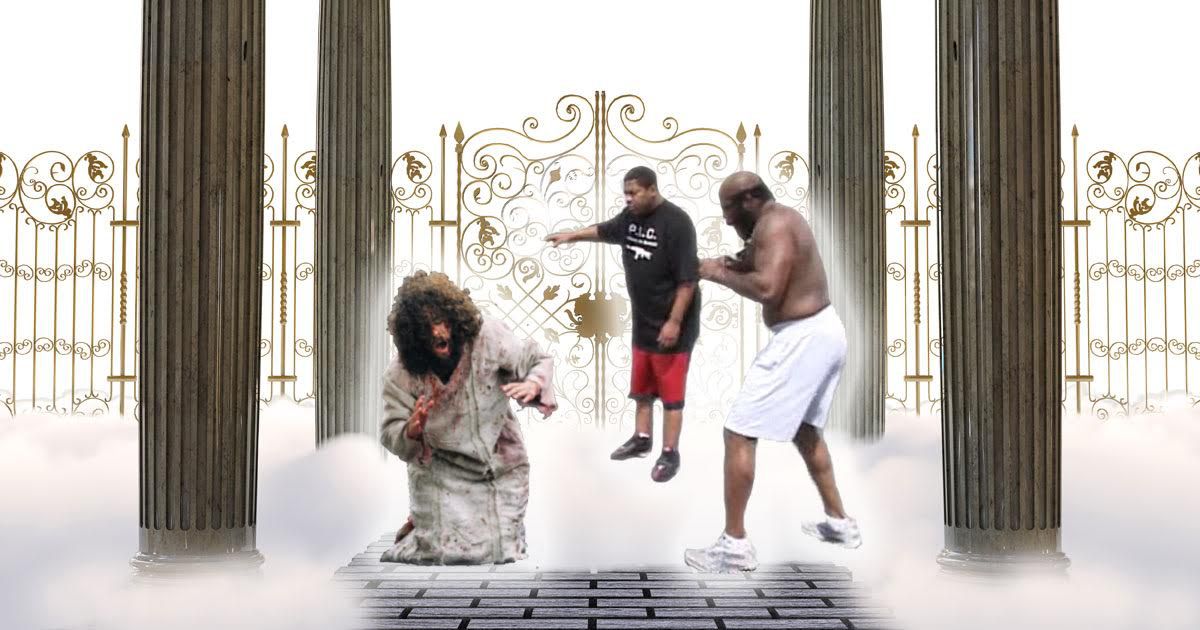 Kimbo Slice made headlines all across Heaven this weekend by brutally knocking out John the Baptist at Jesus’ Backyard Brawls 3.

Since Kimbo entered the Eternal Sanctuary of the Good and Righteous back in June of 2016, bare-knuckle fight fans all across Paradise have been waiting for the YouTube sensation to make his debut into the Afterlife’s underground fight world.

“We have all been waiting for this moment for a long time” said Gabriel, Messenger to the Almighty. “As you can imagine, John the Baptist isn’t the most popular dude around these parts. I’m glad that Kimbo put his fist through his big mouth.”

The brawl between John the Baptist and Kimbo, which took place in the boatyard next to the River Styx, was reminiscent of Kimbo’s greatest YouTube knockouts. In attendance to witness Kimbo’s return were the likes of Moses, Jonah, and Backyard Brawls fight promoter Jesus Christ.

“Man, this new video is gonna get a shit ton of views,” proclaimed enthusiastically the Son of Jehovah, Creator of all that is and ever was. “Did you see Kimbo slip that jab and connect with the left hook? This guy’s knockout power is sure to give a much-needed boost to the promotion.”

Related: Jesus Cringes As Fighter Accused of Domestic Assault Thanks Him in Post Fight Speech

Other participants in Jesus’ Backyard Brawls have already shown interest in booking a fight with Kimbo in some random backyard or parking lot, hoping to ride the wave of excitement that Kimbo’s debut has created.

“Listen, Kimbo is a one-trick-pony,” said Kevin Randleman, another newcomer to the house of the Father. “I am the total package and actually have a record of beating real fighters — not just some neighborhood tough guys. Kimbo wouldn’t last two minutes with me in a no-rules fight.”

Up until Kimbo’s arrival, Goliath has held the record for most views for a Heavenly street brawl. Sources close to the promotion have verified that the parties are already in negotiations regarding a possible fight, maybe on Tuesday or Wednesday, to take place in Abraham’s backyard.