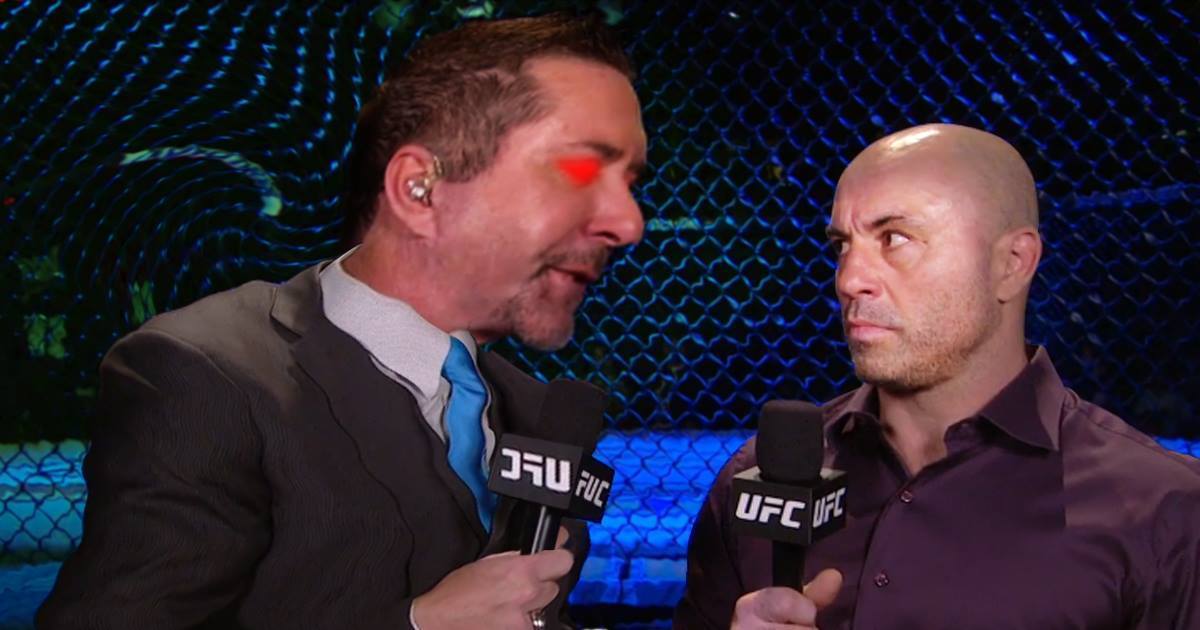 Fans of the UFC have noticed Joe Rogan’s color commentary over the last year has gotten a lot more colorful, with many believing it is due to flashbacks caused by his use of the psychedelic drug DMT.

“Most of the matches we did together started out normal,” former UFC announcer Mike Goldberg said. “I’d be doing the play-by-play, Joe would crack some jokes about Conor’s ground game or Urijah Faber’s cornrows; everything would run nice and smooth. And then, like clockwork, Joe would start sweating, his pupils would dilate to Steamboat Willie size, and then it’d be next stop – Crazytown.”

In addition to being a UFC color commentator, Rogan is also an avid user of hallucinogenic substances. Eyewitnesses believed that years of DMT use have come back to haunt the comedian.

“At Holm Vs. Shevchenko, he started going off about how the octagon was a spinning kaleidoscope of crystalline energy,” Goldberg said. “I’ll never forget how he described the luminous fractals erupting in the air from Valentina’s swift jabs. Man’s got the soul of a poet when he’s high off his rocker.”

Things took an even more colorful turn at the UFC 205 when Rogan’s DMT visions went haywire during the Romero-Weidman bout.

“When Romero hit Wiedman with the knee, I heard Joe shouting that the river of blood is going to drown us all,” Dana White explained with a shake of his head. “And then he said something about how he was going to astrally project into the octagon and save Chris with his shamanic healing fingers?”

“Joe’s ‘astral projection’ was him shouting ‘I’m flying through the yawning abyss of time!’ and making airplane noises with his mouth,” a still-confused Goldberg said. “At this point, a couple of security guards came in to calm Joe down, but he called them ‘machine elves’ and clotheslined them.”

While Rogan’s psychedelic color commentary has been criticized by most industry insiders for being completely bonkers, the fans seem to love it.

“Man, that guy must have had some really good shit,” audience member Sully Porter exclaimed. “All I ever see on DMT is weak-ass tracers.”