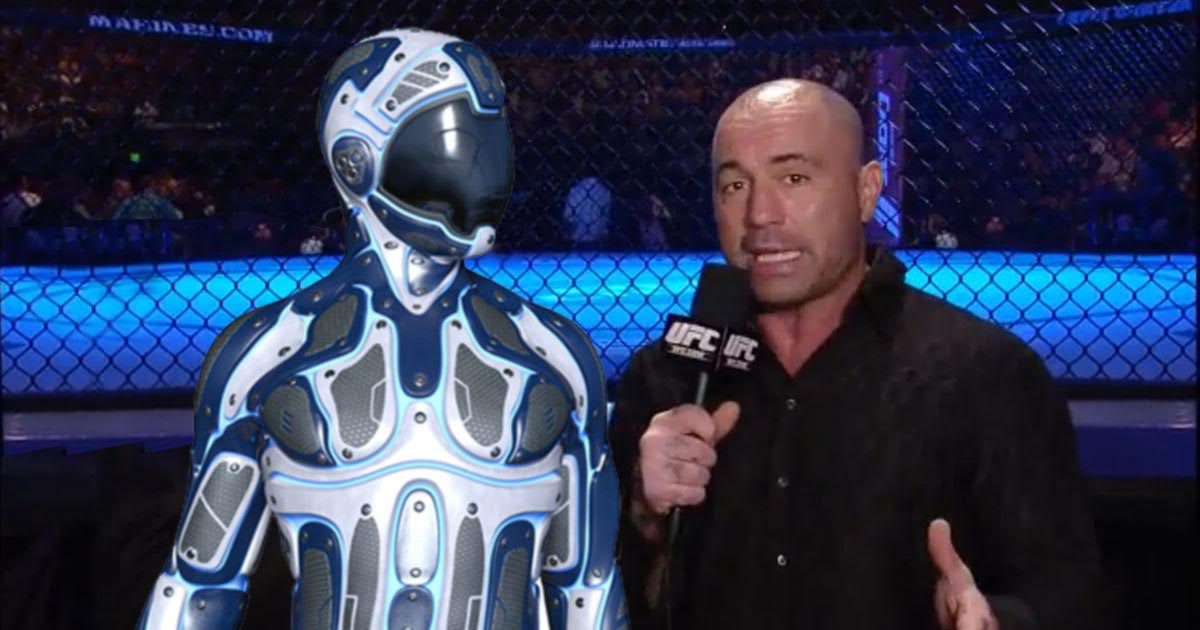 UFC president Dana White confirmed at a press conference this past Wednesday that UFC 207 will be long time play-by-play commentator Mike Goldberg’s final event with the company, and that he will be replaced by a high tech play-by-play robot.

“Yeah, Goldie will hang up his gloves after 207, but wait until you see the robot we got to replace that guy,” said White to the gathered media. “This thing will be able to call all the action in real time. We have already used him on some of the broadcasts on Fight Pass and nobody noticed. Just wait until you see this fucking thing.”

Goldberg has been the voice of the octagon since 1997 when he started with the promotion at UFC 15.5 “Ultimate Japan 1,” and has been a fixture of the sport with his broadcast partner Joe Rogan. Rogan expressed concern about the robot on a recent edition of his podcast.

“I don’t have a problem working with a robot; soon we are all going to be working with robots and have micro chips inserted in our brains and shit, that is just a fact,” said Rogan. “My problem is if it gains sentience and then decides to destroy me in the middle of a broadcast. One thing is for sure — Mike Goldberg never once became self aware and tried to murder me and that is why he was one of the best.”

Dana White assured fans the pay-per-view experience would not be hindered by the new robot.

“We actually based the robot around Mike and a lot of his tendencies. We programmed it to say ‘it’s all over’ when someone is submitted or knocked out; and just like Mike, sometimes the robot will even say it prematurely and then pretend like he never said it,” said White. “It also somewhat jarringly mentions UFC promotions and advertisements in the middle of the action, or factoids like where someone went to college or some shit. Plus we programmed in one of my favorite Goldberg quotes, ‘he took a book out of Chuck Liddell’s chapter.’ The robot will use that one when necessary.”

The WME-IMG era has seen many changes with Goldberg being the latest to exit. Matchmaker Joe Silva is set to leave the company at the end of the year, and White also confirmed the salad bar at the UFC’s Las Vegas headquarters will be replaced by a vending machine.