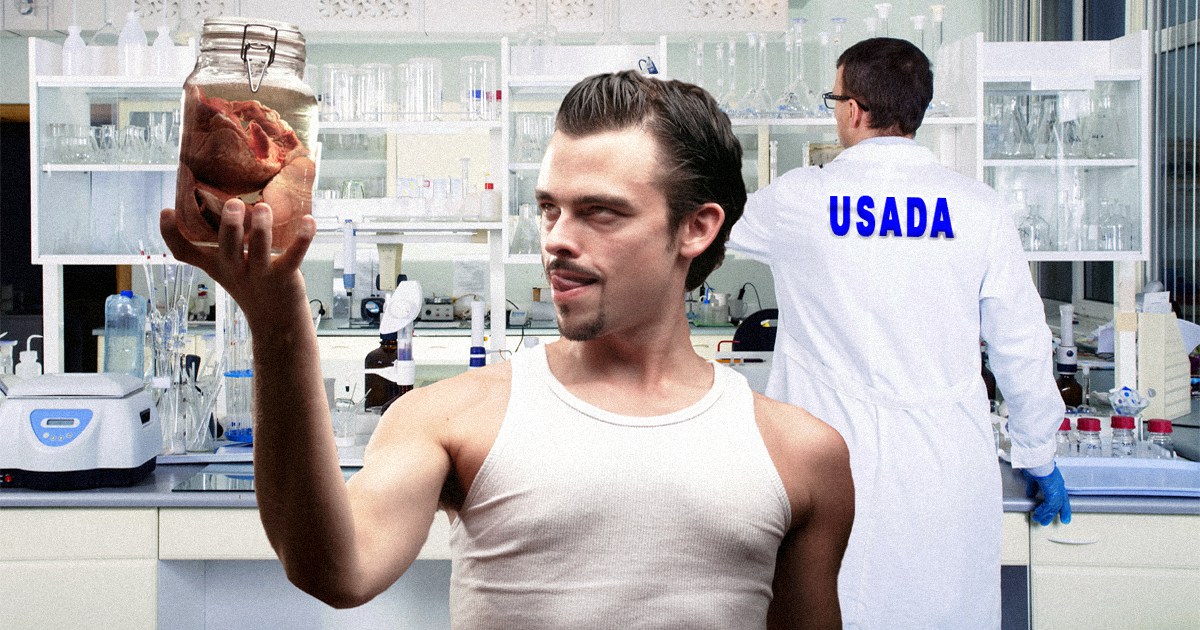 Anti-doping agency USADA announced that gallons of urine samples from athletes all over the world have gone missing. Officials are currently investigating recently hired intern, and alleged creep, Lester Peabody.

“We are the gold standard when it comes to protecting athletes and the integrity of sports. So all the missing samples are quite troubling,” said USADA spokesperson Dr. Janet Woo. “All the samples that have gone missing were already tested and were ready to be disposed of. But someone took off with them, and I know it was that rat-faced new guy Lester.”

USADA partnered with the UFC on July 1st, 2015, and had been heavily scrutinized by the Mixed Martial Arts community for some of their testing practices.

“I have never taken a performance-enhancing drug, so I am happy to prove I am clean,” said UFC flyweight contender Ricardo Lamas. “But they sent this guy to my gym one night to collect urine samples; he gave me two specimen cups, then handed me a water bottle and said ‘if you have any left over just put it in here.’ It was weird, man.”

Technicians at the USADA facility first noticed problems with Peabody as soon as he was hired.

“I really don’t know what that guy’s deal is. He would stand in the doorway, just holding a cup of urine in each hand, and say to me ‘Got the goods, don’t let it go to waste once you are done. I can give it a good home.’ I didn’t know if he was joking or not,” said lab technician Bruce Avery. “For gallons of samples to go missing is crazy – that is like a Shawshank Redemption level of dedication.”

“Um yeah, so let’s say I did take the samples … what am I going to do with them? Like, fill my bathtub and splash around in it? I mean, yeah right. And not that I did steal anything, but if this was all going to be thrown out anyway, is it actually stealing? Maybe whoever took the stuff is just giving it a good home,” said Peabody.