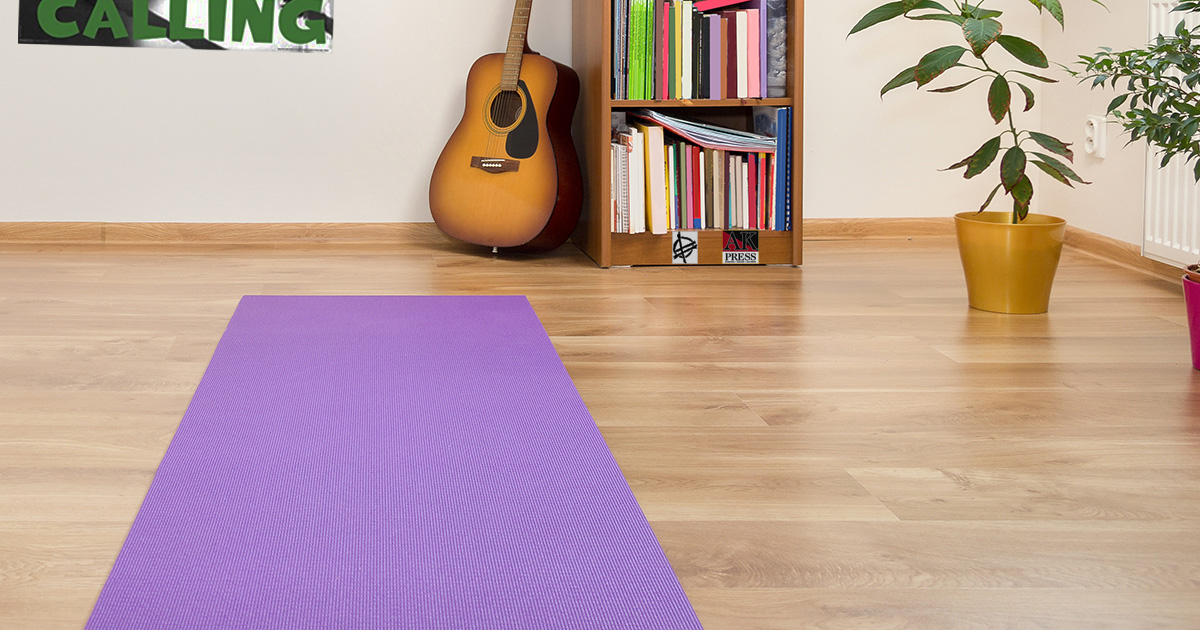 TORONTO — Yoga enthusiast Melissa Christie discovered last night that her yoga mat had been used, presumably by one of her three roommates and their respective partners, as a cushion to fornicate upon, frustrated and grossed out sources confirmed.

“Yep, they definitely fucked on my yoga mat again,” Christie said. “You can still see the indentations from shoulder blades and one sizeable ass in the mat. This is fucking disgusting. I feel like I need to boil this thing now.”

Christie, who has yet to determine a culprit, also pointed to an odd stain on the corner of the mat as additional evidence of clandestine coitus — along with several burnt matches next to nearby vegan paraffin candles, and a copy of Lenny by Lenny Kravitz left in the cassette deck.

“The tape sorta makes me lean towards Liz, since she’s always saying that ‘Kravvy is a rock ‘n’ roll fuckmaster,’” Christie said. “Then again, there aren’t a lot of other tapes around here that weren’t recorded in basements, so I guess you make do with what you have when you’re trying to set the mood.”

“Either way, one thing is clear,” she continued. “My yoga mat got fucked on. Again. They unrolled it, fucked on it, and expect me to use it again unknowingly.”

For their part, Christie’s roommates all deflected the accusations, offering a number of different alibis.

“It wasn’t Duane and me,” Liz Dulles, one of the accused roommates, said. “We were both supposed to be at work, but called off to go swimming. I told my boss I had to take my cat to get some shots, and Duane said his gout was acting up. So, uh, take your pick of any of those, I guess.”

Another roommate, 19-year-old Lara Brahl, had what Christie described as the “worst-smelling bullshit” of them all.

“Lara couldn’t even look at me straight — she just stared at her shoes, and tried to tell me she was doing actual yoga on it,” Christie said. “Honestly, disrespectful as fuck. I think we might have to have a house meeting about this.”

Brahl, who claimed she’d borrowed the yoga mat for another one of her infrequent drunken midnight stretch kicks, was apologetic… while maintaining she had not fucked on the yoga mat.

“Don’t tell her, but it’s piss. When I get tipsy, things down there flow a little bit more freely,” Brahl said. “It was me then, and it’s me now. I pissed on the yoga mat again.”