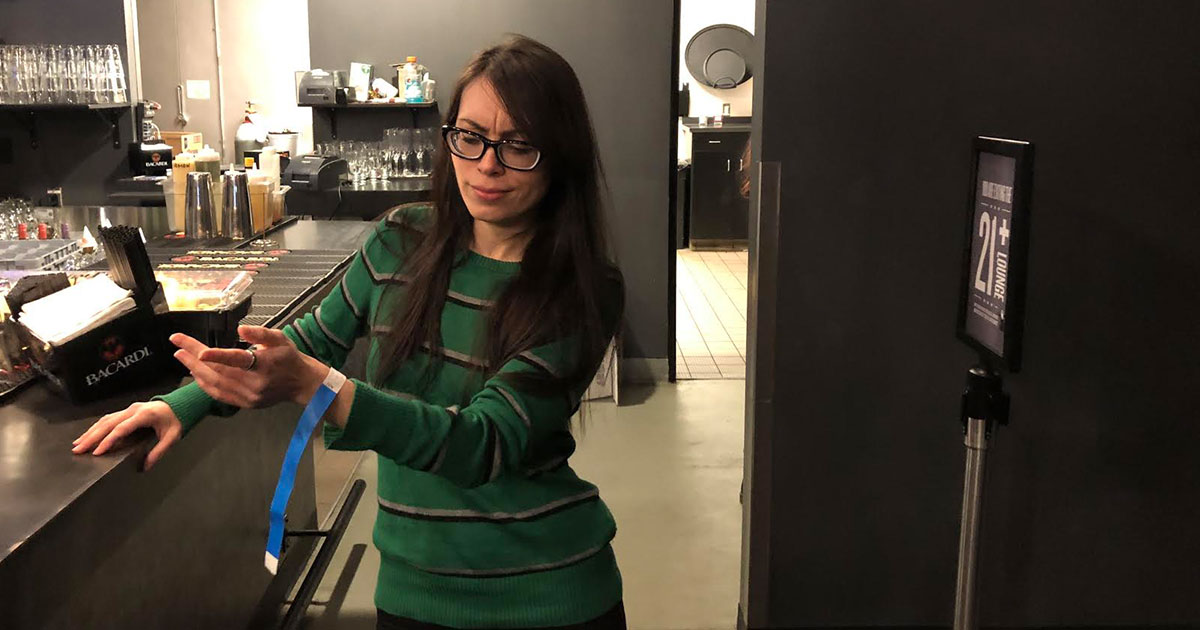 CHICAGO — A paper wristband used to denote patrons of legal drinking age was applied in an appallingly lackluster fashion during a show last night at the Squeaky Wheel, sources currently ripping the hair of their wrist confirmed.

“Jesus. Every time I go to one of these, the guy at the door struggles with the wristband like it’s a Rubik’s Cube,” said Michelle Cruz, one of the wristband victims. “How do they get the entire sticky part on my flesh every time? And the thing is just hanging off my hand. I don’t think this is rocket science. Maybe they need a new person at the door who understands how this works.”

Jay Stillman, who works at the Squeaky Wheel as a door guy, bouncer, bar back, and occasional drug mule, objected to Cruz’s assessment.

“There’s a lot more to my job than wristbands,” he said. “I take money, check IDs, and make remarks when people have different haircuts than their ID photo. Plus, wristbands are harder than people realize. Everyone’s wrists are a little different. It’s a subtle art.”

Others not only corroborated Cruz’s’ claims but added further allegations, ranging from Stillman’s uncertainty of “which wrist he needed” to “excessive and unnecessary use of a flashlight.”

“He kept telling me to put out my right hand, and no matter what hand I put out, he’d say, ‘The other right.’ I finally just put out both hands and waited for him to do his thing,” said Dan Haddon, another victim. “Then, he just put the wristband on my bicep… which made me feel a little self conscious, to be honest.”

When reached for comment, management at the Squeaky Wheel admitted they are aware of Stillman’s inability to properly apply a wristband, but insisted it is for the best.

“Before we had the wristbands, we had handstamps, and Jay was a little bit aggressive with the stamps, to say the least,” said venue manager Diane Cumberland. “When people would put their hand out, he’d stamp it sort of like a notary. More than once, he wounded or broke the hand of a patron with the rubber stamp. The wristband is far more gentle.”

After initial participation in this story, Stillman, distracted by trying to remove the adhesive square from a wristband, refused to answer further questions and was unavailable for comment.