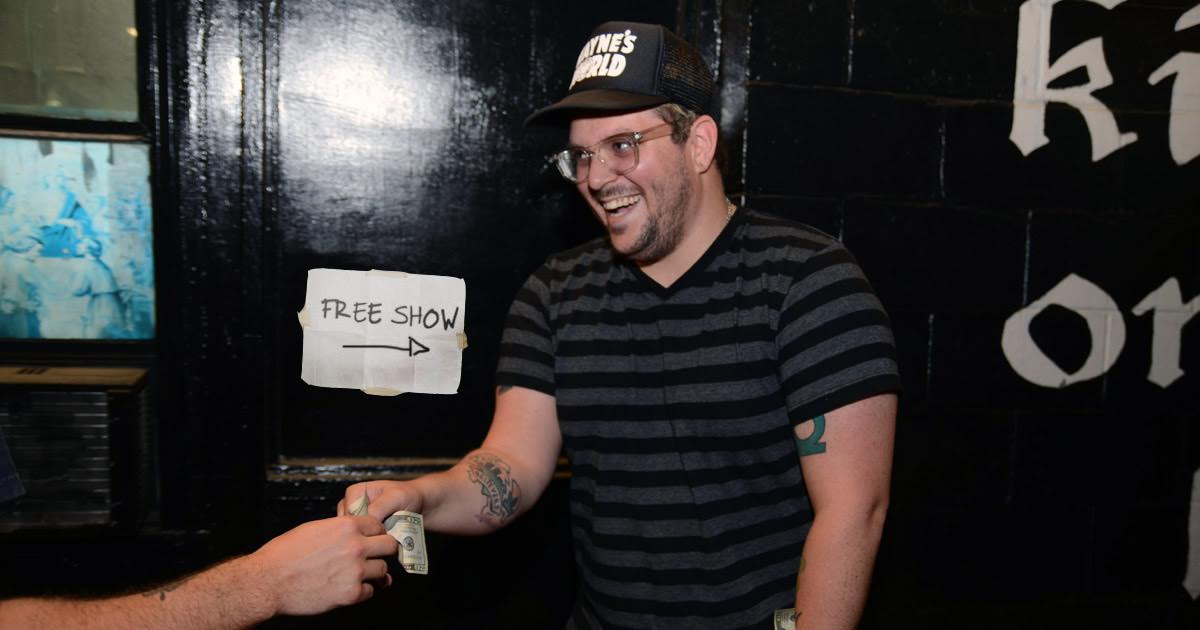 CLEVELAND — Touring roadie Russ Little made $40 last night simply by standing near the entrance of a free show held at local venue The Chestnut, according to unconfirmed reports.

Little, the merch guy and occasional van driver for the hardcore band It Ends Here, was reportedly engaging in his usual pre-show ritual of looking occupied on his phone while the band was loading in their gear. Before long, a couple offered him $10 and gestured that it was from both of them.

“At first, I just thought the scene in Cleveland was crazy supportive. And when they gave me their IDs, I thought I they were showing me something funny in their license pictures, like a fake mustache or something. But they really thought I was a door guy,” said Little. “So I just smiled and said, ‘Cool,’ and gave them back. After it happened four more times, I stopped getting pissed that these people were bothering me. I realized I had a real chance to cash in.”

Instead of informing show patrons the show was free, Little continued to accept money, thanking everyone for coming out to the event.

“Look, I didn’t lie to anybody,” said Little. “People came in; I just smiled and waved. I never stopped anyone and asked for cash, but I didn’t stop anyone from giving me cash, either. If some of them perceived my style of waving as one that invited them to give me a fiver, I don’t see how that’s any of your business.”

The show, a benefit to raise funds for a local skate park to be constructed, was deemed a moderate success by the organizers.

“We didn’t exactly hit our goal tonight,” said Kate Bingham, who helped put the event together. “But we got a little bit closer. I really thought people would donate a little more when we passed the bucket around. I mean, we gave them a free show. But, oh well. We’ll take what we can get.”

Bingham later announced plans for an upcoming second fundraiser. As of press time, Little was last seen apologizing to the bartender for being too cash strapped to leave a tip.