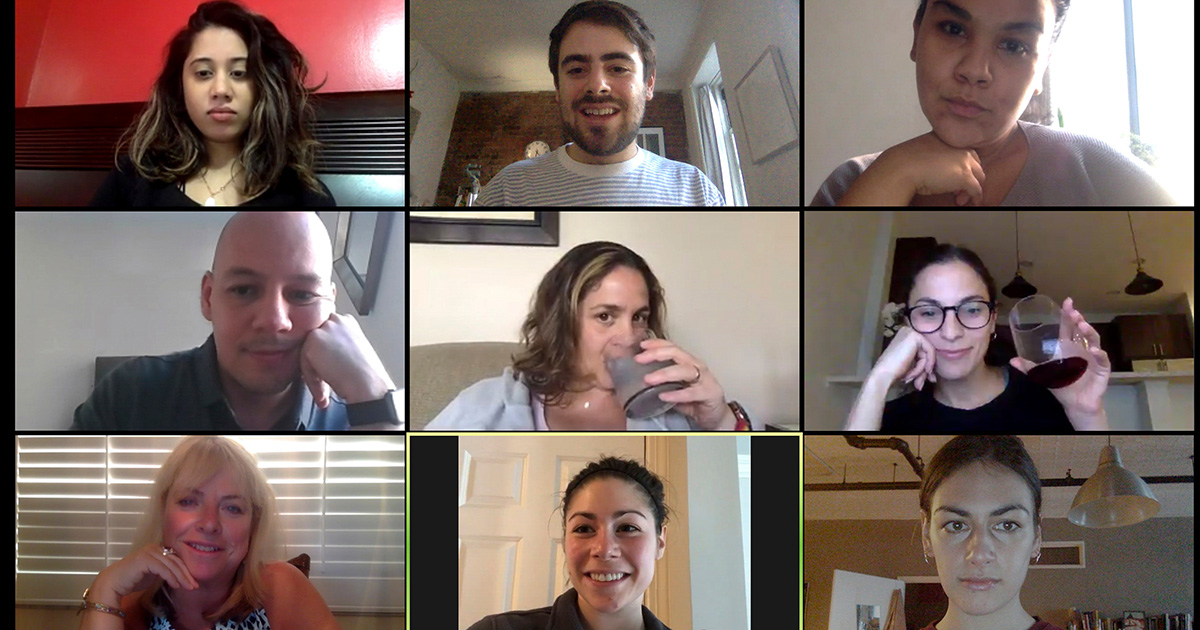 PHILADELPHIA — Office hero Tom Rafferty was kind enough to unmute his microphone during the company’s team meeting so he could be heard laughing at the occasional joke, grateful sources confirmed.

“This might be the best meeting we’ve held all quarter,” said team lead Hilary Gershwin. “Working from home has started to slow down production, and I hoped our weekly Zoom meetings would keep us all on board. But man, something about today made it feel more like a chill hangout sesh rather than a work meeting. I couldn’t tell you what exactly did it, but it might be that hero newbie who seemed to pepper in a little laughter at all the right moments, but was otherwise completely silent. He might not have had much to contribute the rest of the time, but we were all so grateful for that extra boost of morale.”

Team member Jeff Cole explained Rafferty not only laughed at people’s jokes, but any time something ridiculous happened in the meeting.

“I don’t know who this guy is, I think he started last week, but he is already a legend,” said Cole. “At first I thought he was messing around when he specifically unmuted his microphone to laugh after the boss said ‘Good morning boys and girls’ to a room so quiet you could hear a pin drop; but then Anderson’s kid chucked a toy firetruck straight into the camera. Old Tom switched on his mic, laughed for a good 30 seconds, then went straight back on mute, like a machine.”

Rafferty revealed that he actually doesn’t work for the company.

“Apparently my email is real close to some guy named Tim Rafferty. The Zoom invitation was sent to my email instead of his,” Rafferty said. “I was really bored on my day off from delivering for Pizza Hut, so I dug my only button-down shirt out of my bottom drawer and joined the meeting purely just to heckle. Good thing I did, too. Some lady ripped a huge fart at around minute 30, and if I wasn’t there to congratulate her, then I doubt anyone would have.”

At press time, Rafferty was seen unmuting himself to say “loud and clear” after a presenting attendee asked the group if everyone could hear her OK.