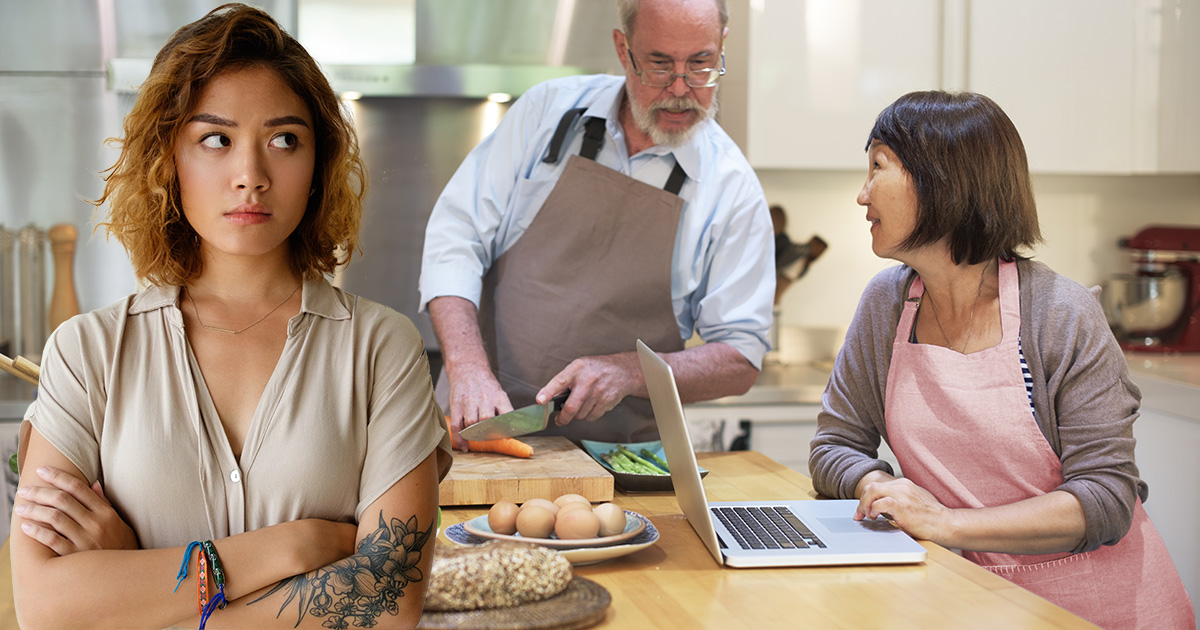 DENVER — Local woman Stephanie Robbins admitted today she now wishes she hadn’t already used the “deadly pandemic” excuse to get out of last year’s Thanksgiving when her parents hounded her to come home for the holiday.

“In a weird way, I almost feel like COVID-19 is my fault. How was I supposed to know this virus was going to change the world? I was desperate to get out of going to my parents’ house, ‘28 Days Later’ was on TV, and I panicked. And I couldn’t stand getting seated next to cousin Cliff again,” said a frustrated Robbins as she hid behind the shed in her parents’ backyard to avoid talking to family. “When my mom called me up yesterday to ask when I’d be coming over, I had no excuses ready… and she told me, ‘I don’t want to hear any nonsense about a new plague-like last year.’ Now I’m in charge of the cranberry sauce.”

Despite the very real pandemic that has resulted in over 250,000 deaths in the U.S. alone, Stephanie’s family has been firm on their commitment that their holiday dinner will go on as planned.

“If we made it through the ‘Viper Clam’ epidemic of 2019, she can sure get her bottom here during this whole coronavirus kerfuffle,” said Murriel Robbins, Stephanie’s mother, referring to the made-up virus her daughter told her was ravaging the country last year. “I’ve been making pies all week, and Aunt Gini is making orange juice candied yams, for Pete’s sake. It’ll just be so nice to have everyone under the same roof. Besides, Fox News says this ‘disease’ is no worse than the common cold, so I think having a nice family dinner is worth the risk.”

Medical professionals have pleaded for Americans to forego attending family gatherings for the holidays.

“Every hospital bed is full, and our staff is exhausted. We know a lot of parents will make their children feel bad by saying, ‘This could be your Aunt Lonnie’s last Thanksgiving,’ but if these gatherings happen then that’s going to be a self-fulfilling prophecy,” said local physician Dr. Emily Schwartz. “We recommend feeling angry and guilty at home alone for the day instead of feeling angry and guilty in front of disease vectors with whom you share DNA. Also, no one wants their last meal to be turkey. That shit is so overrated.”

The Robbins family dinner has since been cut short after Stephanie upset her uncles by saying she was thankful that Biden won a free and fair election.