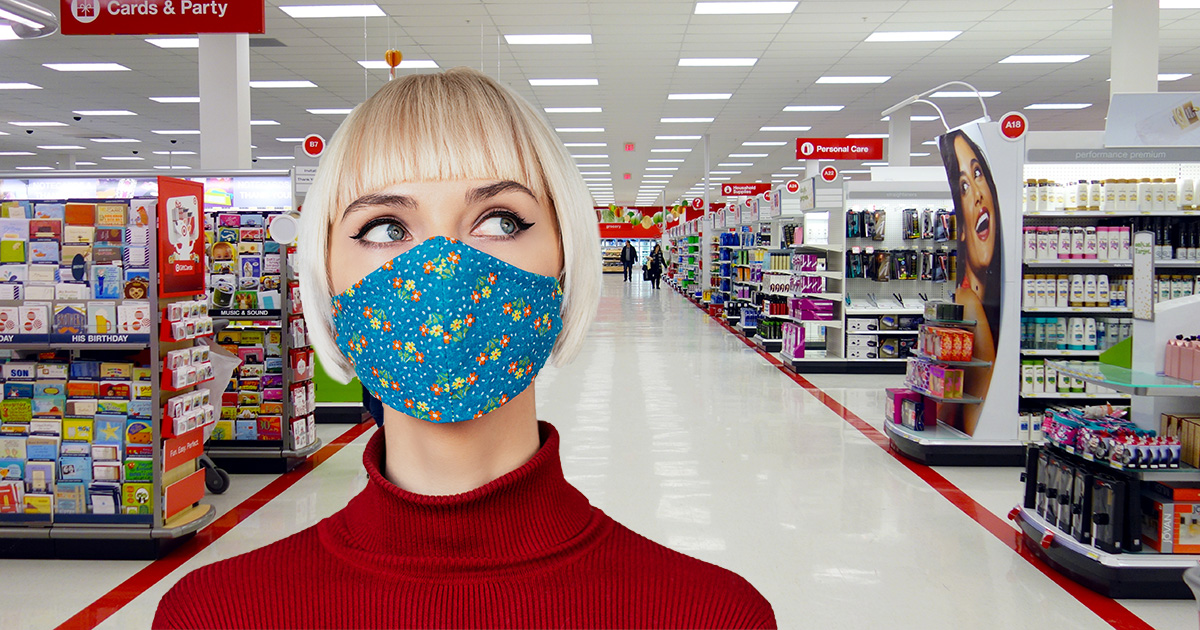 WARREN, Mich. — Millennial Jamie Thorpe suffered a retail-induced panic attack yesterday after hearing several beloved bands from her youth as background music at a Target department store, according to her medical team.

“I needed to get the hell away from my family for 45 minutes and it turned into the worst decision of my life — I was thumbing through the book section when suddenly I heard Spoon through the store’s speakers. I thought it was fluke, but later I heard Clap Your Hands Say Yeah, Fiest, and Tapes ‘n Tapes. This music was the sound of hipster culture 20 years ago; now, it’s the soundtrack to me picking out a paisley duvet cover,” said Thorpe while recovering in her home. “Is this my life now? I mean, my college boyfriend and I used to get stoned and fuck to this music — now I’m humming along to it while picking out school supplies for my kids. It’s just not right.”

“Our key demographic more or less came of age in the late ‘90s and early 2000s, so we basically used the Wayback Machine to browse Pitchfork reviews from 2005 and loaded up the Muzak station with old, indie blog rock,” said MacLeod. “Any songs that remind shoppers of being young, as well as help them momentarily forget about their bodies slowly decaying, is really good for our bottom line. Research shows people suffering existential crises buy very few home goods.”

Although sympathetic, Gen X-er T.J. Rich stated Millennials should “get used to it.”

“It took some time, but I’ve become OK with seeing grunge and alt-rock co-opted by corporate America. Do you think I love hearing Pearl Jam songs in commercials for ED medications? Hell no,” said Rich while touching up the paint job on his boat. “I’m at the point now where I see a kid in a Nirvana shirt and I think to myself, ‘Kurt Cobain probably made the right choice.’”

Her caregivers say Thorpe has now accepted her fate, and is looking forward to entering the “posting ‘they don’t make music like this anymore’ comments on YouTube videos” phase of her life.