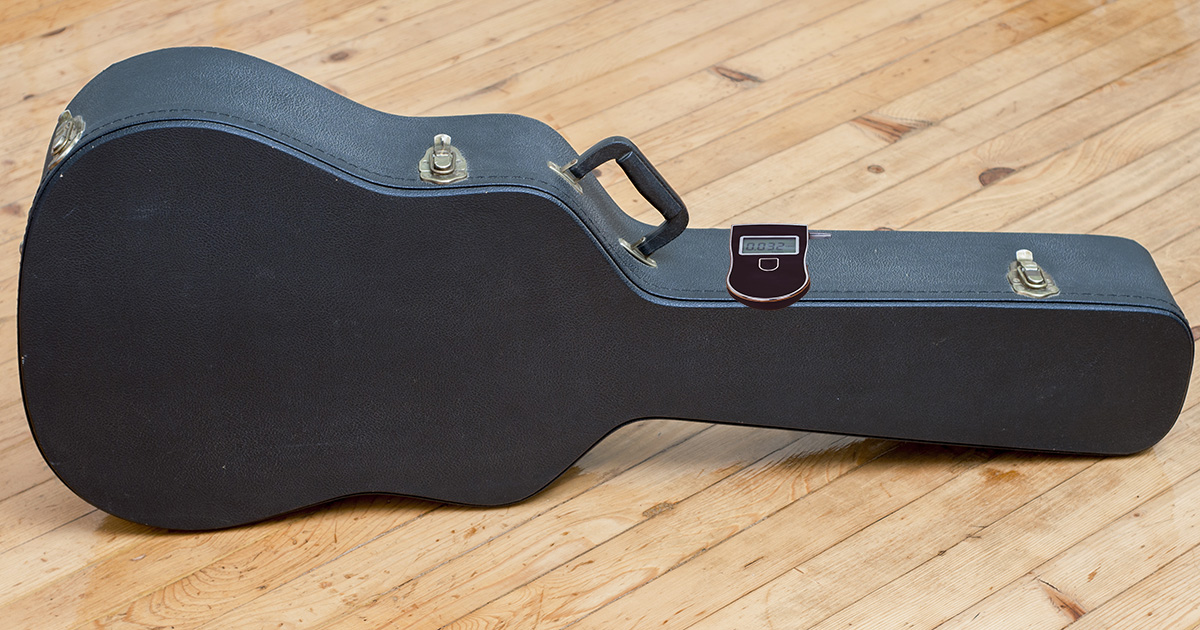 DETROIT — Frustrated wife Hannah Gerhardt figured out how to install a breathalyzer on her husband’s acoustic guitar which would keep the hardshell case locked until he sobered up, confirmed impressed and relieved sources after taking out their ear plugs.

“This wasn’t an easy DIY job, but somebody needed to stop him from downing a bunch of hard lemonades and ruining every social gathering with his god awful version of ‘Hey There Delilah,’” Gerhardt explained while putting away tools in the garage. “I went down to one of those places that install breathalyzers in your car if you get too many DUIs. I bought one and managed to modify it to work on my husband Paul’s old Fender. He’s got to blow into this little mouthpiece and if his BAC is above .08, it activates a lock that holds the strings in place and doesn’t let them vibrate. Now, if I can just find a way to prevent my husband from speaking, moving, or thinking while drunk, I’ll be all set!”

“This is total bullshit!” Paul slurred while stumbling around his kitchen trying to stuff Doritos in his mouth and mostly missing. “Everyone loves when I play guitar. And when I’m a little drunk, that just helps unleash my creative energy and fearless performance skills. What’s the big deal, anyway? ​​No one ever got hurt from mixing booze and music, except for I guess Jimi Hendrix, Keith Moon, all of Guns ‘N’ Roses, and everyone at Woodstock ’99.”

Experts believe that Hannah Gerhardt’s invention could be easily replicated, and may in fact become common practice across the country.

“The Supreme Court is closely monitoring this situation,” noted Supreme Court Justice Sonia Sotomayor. “Sloppy, drunken acoustic guitar playing is a menace to society, a cruel and unusual punishment inflicted on anyone who’s ever been to a frat party, hung out around a campfire, or generally been in the vicinity of a white male trying to get laid. If Mrs. Gerhardt’s solution is effective, we are considering mandatory guitar breathalyzer locks for anyone convicted of covering a Sublime or Jack Johnson song in public. And, ‘Good Riddance (Time of Your Life)’ by Green Day would be treated as aggravated assault.”

As of press time, Hannah Gerhardt was last seen installing household breathalyzer locks on the karaoke machine, microwave, and drawer they keep all of their weed in.