Weed Dealer Released From Prison Unqualified To Work At Dispensary 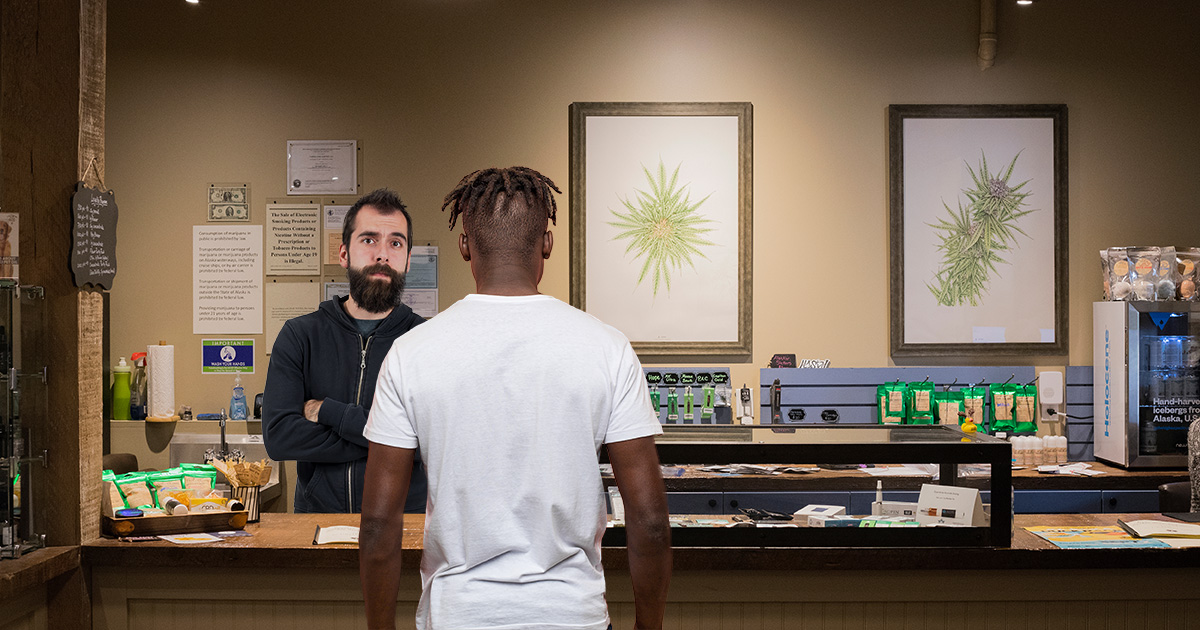 “I was told I ‘didn’t fit the company image,’” explained Hudgens. “Most of the people working there got college degrees. Hell, I was practically an independent contractor in the industry. I thought the dispensary would understand, but they kept asking about the 15-year gap in my employment history. Then they asked for professional references, and I’m like motherfucker, all my references are in jail. I’ll keep looking for jobs, but if something doesn’t work out, I might have to go back to dealing. Instead of… getting a legal job selling weed. Damn.”

Special interests in the legal marijuana industry remain doubtful whether there is any obligation for restitution to communities adversely affected by marijuana laws.

“It’s important for us to ‘weed’ out the unsavory elements,” chuckled Dan Katzenburg, CEO of Grass TACs Dispensaries. “Look at our flagship shop in Bed-Stuy, historically a dangerous, poor, drug-infested neighborhood, now a thriving community of upper-middle class transplants. We want weed to do what real estate did to New York — irreparably alter the landscape by installing inorganic infrastructure at the expense of the working class. We don’t have room for reprobates with no respect for the law. The law is not meant to be broken, the law is meant to be exploited by big business until it’s deemed inconvenient and altered.”

As marijuana is increasingly legalized in the U.S., the question remains how to deal with those incarcerated for marijuana related crimes.

“Just because it’s legal doesn’t mean we shouldn’t criminalize those associated with it,” contends acting drug tsar Regina LaBelle. “If people wanted to sell drugs, they should have spent millions of dollars lobbying until it was legal. And if people are having trouble finding work, there are numerous unpaid labor opportunities at various state and federal facilities. Remember, crime doesn’t pay. Legislating around and creating a punitive system for crime does pay.”

At press time, the Grass TACs board had voted to require mandatory drug testing for all employees.