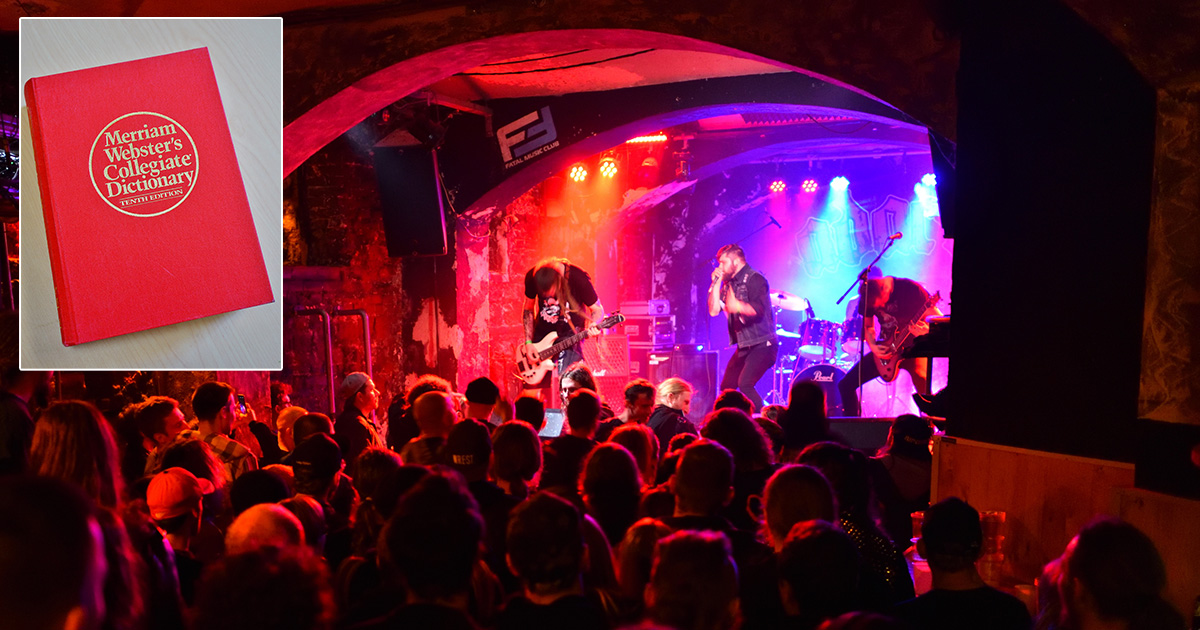 NEW YORK — Popular dictionary manufacturer Merriam-Webster made an unexpected change to the definition of “self-made” to include musicians with only one wealthy, connected parent, frustrated DIY sources confirmed.

“Contrary to popular belief, our goal is not to dictate what words mean, but instead to define how words are used in society,” explained editor Inaayah Washington. “That’s why, after years of nepotistic music industry brats pretending they had no help from their rich parents, we’ve updated the meaning of ‘self-made’ to make room for those with just one connected parent that financially supported them while they pursued their dreams. So congrats, Lars Ulrich, Kid Rock, Ezra Koening, and Lana Del Ray, in the eyes of Webster’s you’ve also pulled yourself up by your bootstraps.”

“Sure, in some ways I grew up very privileged. Raised on the Upper East Side, summering in France, a record exec dad. But despite this, I’ve had my fair share of struggles. I had braces for most of middle school, so I was almost too ugly to even make it,” said Silva. “I think it’s great that the dictionary is now conforming to my reality instead of the other way around. I really hope this opens the door for more rich kid rockstars donning working-class cosplay, and rappers repping neighborhoods they’d be way too terrified to ever actually step foot in.”

Linguist Dr. David Ingram pointed out that it is not uncommon for entertainment to influence language.

“The meanings of words change over time, usually for the stupider. Like how ‘literally’ now also means literally the opposite of the word’s intended definition,” said Dr. Ingram. ”Interestingly, this isn’t the first time the music industry has reshaped common words and phrases. Consider how the word ‘advance’ went from meaning a lump sum of money from a record label to ‘indentured servitude’ and ‘talent agent’ means ‘leach that gets 10% of your salary for doing dick all.’”

More recently, a collective of rock stars including Jimmy Paige, Ted Nugent, and Steven Tyler have petitioned Webster’s to change the definition of “sex predator” to not include those with five or fewer accusations.