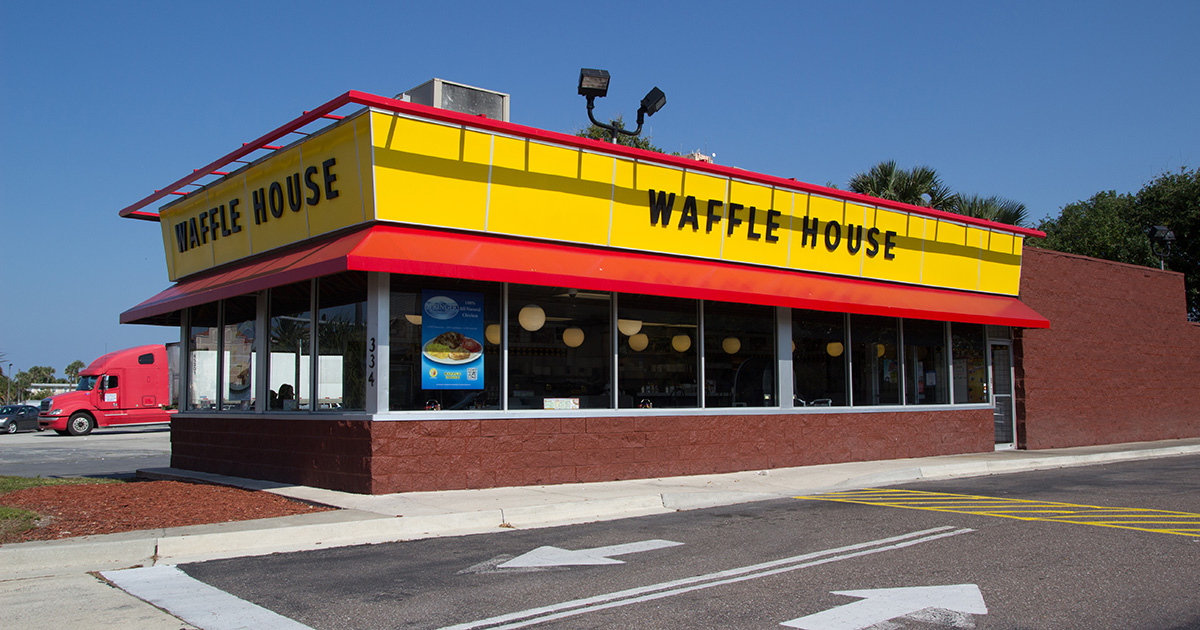 NUTLEY, W.V. — A small-town Waffle House has been recognized as the only space the local punk scene can claim as a venue, despite its lack of live performances, anarchist zines, or even very many punks, ambivalent sources confirmed.

“This place has been a punk institution ever since… uh, 2008, I think. That’s when the old Pep Boys burned down and Waffle House bought the space,” recalled scene veteran Mike “The Bike” Snyder. “Sure, they may not put on shows or any of that conventional punk stuff, but they’re open 24 hours and you get free refills on the coffee. Also, the bathroom is complete disaster. Totally has this CBGB vibe, if you ask me.”

Despite the affirmation from possibly the only member of Nutley’s punk scene, regular Waffle House patrons were confused by the surprise punk cred.

“Honestly, I have no dang idea what in the heck you’re talking about with this ‘punk rock’ crap,” said Janet Stahl, a truck driver for a nearby plumbing supply distributor. “I know those high school kids from the drama company like to come in here after plays. Is that punk? Oh, and that one wino who comes in here to throw up: he’s always covered in scabs and wears a leather jacket, so maybe that’s what y’all are talking about. I’m just here waiting on my hash browns.”

“Sure, I was skeptical at first, but it’s all in good fun: these kids seem to mean well, so I let them go about their business so long as they at least buy an appetizer. Sometimes they try to tip the servers with loose cigarettes, which is annoying… but they’re very loyal to us and seem to hate the IHOP two towns over, so it’s actually pretty helpful,” said St. Vega. “I even added a few songs by some band called Green Day to those weird little jukeboxes we have on all the tables. Like I’ve always said since very recently, ‘anything to support the scene.’

Cementing the mainstays of the Nutley scene, Snyder later identified the 91-year-old owner of the town’s general store as the scene’s resident “merch guy.”