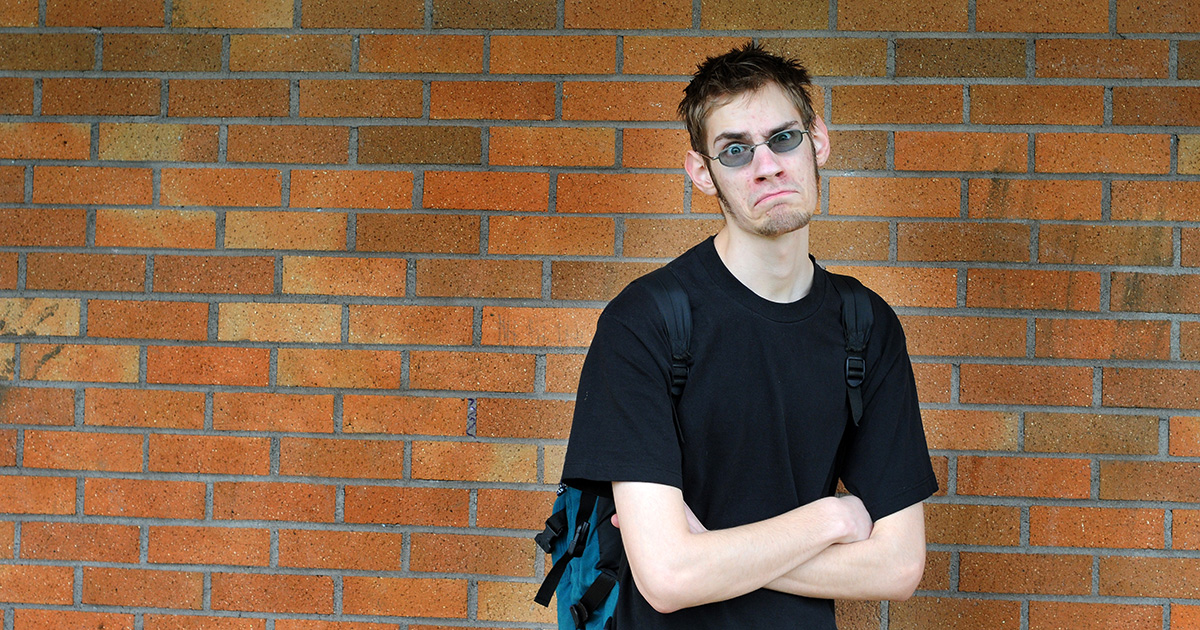 “Yesterday, Sloppy came to our house with an entire wagon full of boiled eggs. We asked why he had them, and he said it was in case he gets hungry. What a ridiculous thing to say, unless he truly is not fed at home, and can only access food in outlandish and comedic ways. But nah, that’s just Sloppy,” said Janey Jorgensen, web show host and unknowing enabler of Sloppy’s destructive behavior. “You never know what this guy will do next. Sometimes he’ll show up at our house with a wacky plan to become homecoming queen in order to win the $100 gift card. Other times, he’ll have a black eye and absolutely refuse to talk about how it happened. What a goof.”

Sloppy later confirmed that his outrageous behavior, including his hilarious, malfunctioning cheesecake-making machine, was an effort to be noticed for something other than his flaws.

“Hey guys, what’s the honk honk?” inquired Sloppy. “The truth is, I really just want to prove to my parents that I can be something. That is why I spent several months making a helmet that allows dogs to talk, but it turned out that dogs are only interested in bones. It was so funny, but no one actually appreciated how much scientific effort went into it. Sometimes I get scared that the only living being that would miss me if I died is my super-intelligent iguana, Cher.”

Sloppy’s father Reginald Jones, who has never appeared on the show, told a different story.

“Look, the fucking kid is nothing but a disappointment. He thought it would impress me that he randomly got JoJo Siwa to play at the Spring dance, but if he thinks that knowing celebrities is good enough, then he’s as dumb as his two-timing mother,” explained Jones. “Look at this pansy-ass “Cool Ray” he made that turns an average spaz into a lothario. Pathetic. Son of a bitch, he used my fucking sunglasses to make this contraption and now they’re ruined. Those cost 60 fucking dollars. Where’s my belt?”

At press time, Sloppy was seen weeping while sneaking into an R-rated movie on Joey’s shoulders in a trench coat.