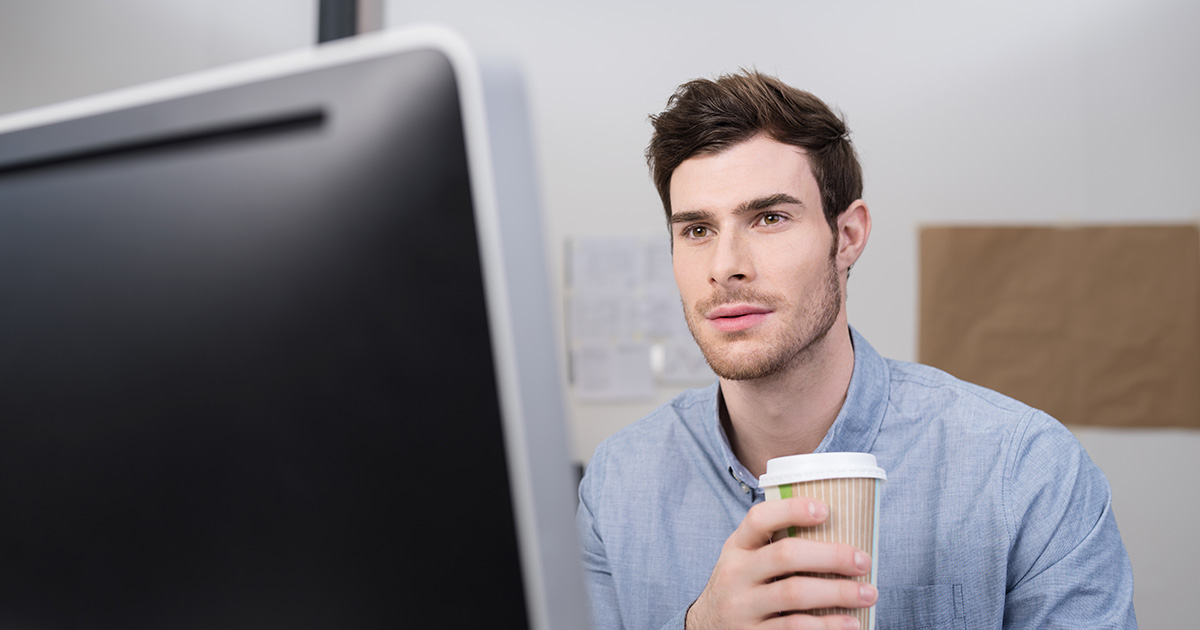 JERICHO, N.Y. — Recent college graduate and virtual intern at JPMorgan Chase Danny Galiardi has no idea what to do with a latte in which he just urinated, slightly disgusted sources confirmed.

“I was told it was like, a rite of passage to pee in your boss’s latte,” Galiardi explained, still holding the cup of violated beverage. “But I work from my parents’ house — like an hour away from my boss in Manhattan, and I think he’d find a random cup of lukewarm coffee on his front porch pretty suspicious. I could mail it to him, but I doubt he’d end up drinking it. It sucks because if I just dump it down the drain, that’s a waste of a good latte and some good piss. I guess I’ll just give it to my brother, but it won’t be the same.”

“I asked him if he wanted me to leave room for cream, and he said ‘yes’ and then laughed in this really weird way,” Barker explained. “As soon as I handed him the cup he went into the bathroom, and when he came out he seemed a bit disoriented — like he didn’t know what to do next. I saw him sitting outside for like, 25 minutes just sort of staring at the coffee and making a few phone calls. He never even made an attempt to drink it. I have no idea what’s going on.”

NYU Internship Coordinator Angelica Griffith noted that internships in the days of COVID are much different than years past.

“There are no office supplies to steal, no awkward happy hours with your boss, no office hookups… although personal internet usage has remained constant,” Griffith said. “Interns are having to get creative with petty power plays: many are using company cards for streaming services, or turning their company laptop into a gaming system, while the real go-getters will catfish their married boss and blackmail them for a promotion. But overall, these interns still have the standard feelings of underappreciation, but are just unable to exact revenge.”

Galiardi ultimately settled on ordering his boss’s blackened salmon salad via DoorDash without the dressing on the side.