Venue Hopes to Invest in Bathroom Stall Doors by 2021 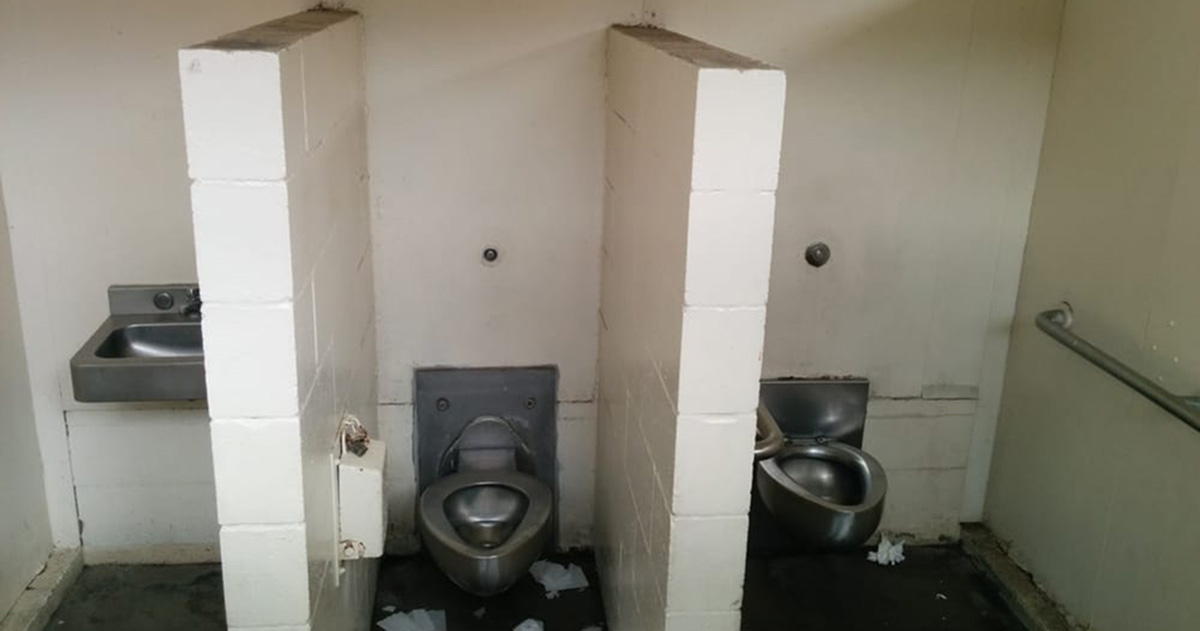 SALT LAKE CITY, Utah — Local DIY punk venue Fr33k Haus had pledged to equip each of their bathroom stalls with doors by 2021, management confirmed this morning.

“Our toilets work, but if someone’s feeling squeamish, we’ll send them to that weird gas station down the street. But since their bathroom is for ‘customers only’ thanks to the stabbings, and no one ever has money for a Twix bar or whatever, once they started using our alley for privacy, I knew we had a problem,” said venue owner and show promoter Matthew Burns. “My once-in-a-lifetime moment of clarity showed me the right thing to do was get doors for our stalls. Eventually.”

After reading a press release listed in a local zine about the improvements, however, some regulars are reportedly offended by “changing the history” of their favorite venue.

“I have no problem taking a shit without a door in front of me — to be honest, I prefer it,” said local punk Franky Barbiere. “People feel exposed without the stall door, but I consider it an open floor plan. And once we get doors, what’s next? Are we getting a dumbass restaurant in an airport, like CBGB?”

Piling on the skepticism, longtime angel investors in the DIY venue allegedly don’t believe the upgrades will ever be made.

“I gave my idiot son so much money to get this thing off the ground, and it turned into a shithole: just like his room in our basement. The only difference is, this time, it’s literally a shithole,” said Burns’ mother, Lydia, who has funded the venue since its inception. “They’ve been so busy raising money for pitbulls and coral reefs or whatever, but they don’t even have a working PA system. They wouldn’t pass a health inspection! I swear to God, the few nice things they do buy get stolen once a month by their sketchy, low-life neighbors.

“I’d rather the place set on fire so I could recoup some of my money through insurance. But, you know — ‘wow.’ Good for them and their bathrooms,” Ms. Burns added.

Management allegedly hopes to also equip the Fr33k Haus with running water by 2025, but have not made those plans public yet.