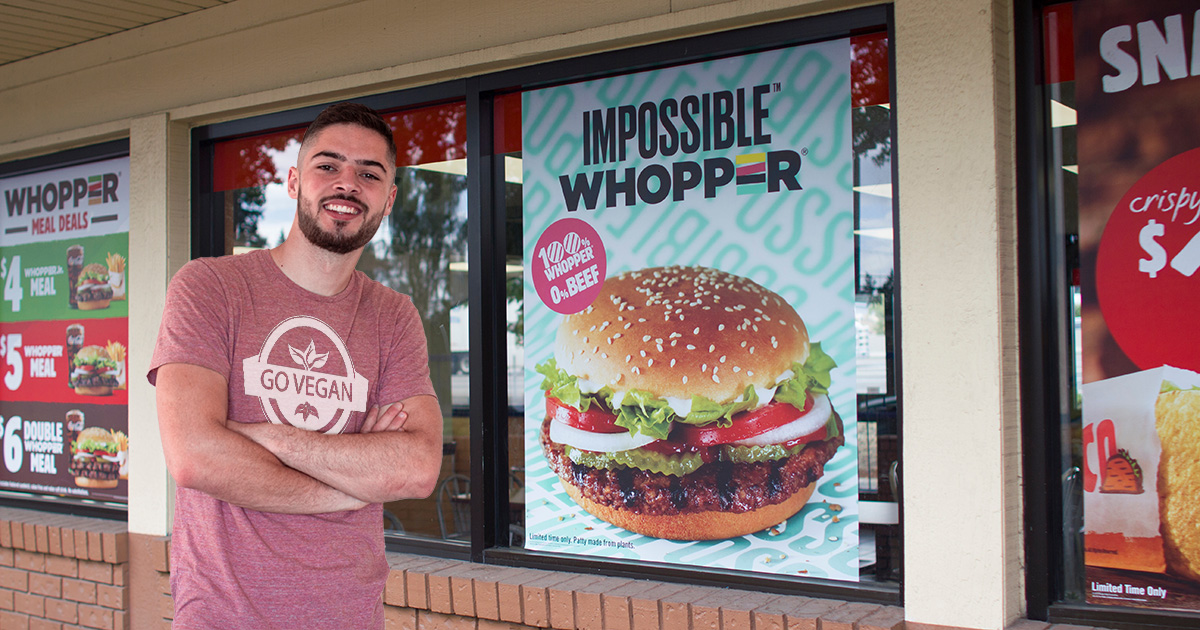 DENVER — Local man and vegan of two months Gabe Rumsey voiced his delight over the abundance of tasteless, processed plant-based options being unveiled at his favorite fast-food restaurants, confirmed sources.

“I’ve always wanted to go vegan, but how could anyone give up those delicious KFC nuggets? I’d formed so many fond memories of just shoving them into my mouth at 2 a.m in depressive agony that I thought I could never quit them,” said Rumsey. “Lucky for me, they have these new ‘Beyond Nuggets’ that pretty much taste like unseasoned, deep-fried erasers. And I hear McDonald’s has a vegan Big Mac in the works? I can’t wait to spend $6 on that and feel nothing but numbness while I eat in my car.”

Rumsey’s new dietary habits have received a mixed response from his friends, who question the nutritional value as well as some of his claims.

“I was really happy to hear Gabe went vegan. He hasn’t stopped talking about his ‘reducing his carbon footprint’ and ‘increased energy,’” said friend Lucas Lund. “But I’m not sure how true that is when he’s eating like, 10 vegan sliders a day and the closest thing to a fruit he’s eaten is just family-sized bags of Skittles. I came over the other day and the only things in his fridge were a jar of Just Mayo and some hot sauce packets from Taco Bell. He lives a block away from a grocery store too.”

Tracey Tompkins, Director of Innovation & Product Commercialization at Burger King, cited Rumsey as a ‘perfect example’ of who the company is trying to reach with their plant-based offerings, like the Impossible Whopper.

“When someone makes a commitment to veganism, there’s this assumption that they’ll develop a whole new relationship with food, one that emphasizes freshness, sustainability, and nutritional content,” said Tompkins. “Mr. Rumsey, on the other hand, is content to consume any cheap room-temperature mediocrity so long as it’s been labeled ‘plant-based.’ And he doesn’t even seem to care when it’s cooked on the exact same grill as our meat-based products. Rock bottom standards like these show vegans can be just as undiscerning as anyone else.”

At press time, Rumsay announced that he will continue to improve his overall well-being by cutting out all alcoholic beverages and instead drinking six cans of Mr. Pibb every day.