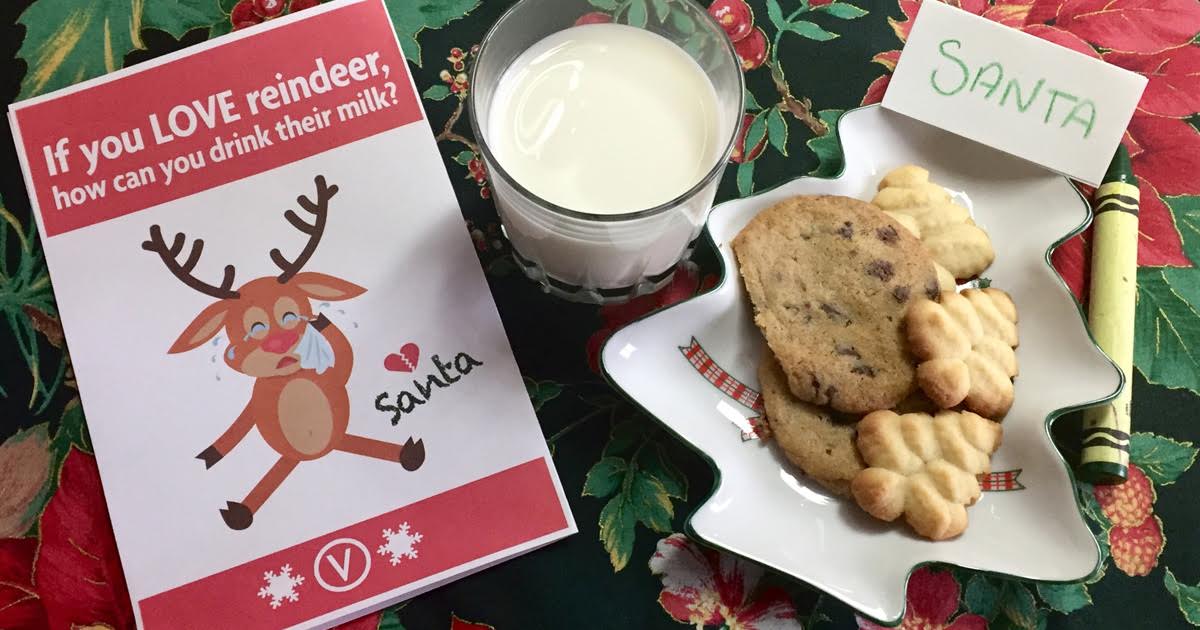 MONTCLAIR, N.J. – Eternal bringer of joy and recent vegan convert Kris Kringle ignored countless offerings of milk and cookies and left behind an informative pamphlet detailing the horrors of the global meat and dairy industries, millions of disappointed children and parents confirmed.

“I went to see if Santa ate his snickerdoodles and milk,” said eight-year-old Abigail Stevens, still holding overtly graphic North Pole-themed vegan literature. “But it looks like Santa’s not touching that stuff anymore. He, like, really wants people to know about it.”

The pamphlet, on one page depicting reindeer penned in factory farms, indicated it was manufactured by the youth-oriented animal rights group PETA2.

“I don’t know what I’m supposed to make of this pamphlet, to be honest,” said Blake Stevens, the child’s father. “It’s got all these gory pictures of polar bears and elves. They could have at least made it a coloring book.”

Father Christmas was unapologetic when it came to the gruesome pamphlet.

“90 percent of the impact of manmade climate change would be eliminated if the world adopted a vegan lifestyle,” said a surprisingly thin Santa Claus. “Look, I’m not trying to harsh people’s mellow. I’m just saying, it takes, like, 125 gallons of water to produce just one glass of milk. Do you know how much strain that puts on our environment? If the North Pole melts – no more Christmas. Maybe leave out some almond milk and some Oreos next time, huh, buddy?”

Santa Claus concluded his remarks by announcing his trademark red outfit will no longer contain fur, and all future suits would be made from sustainably sourced material.

“Listen, I ate meat and was an animal oppressor for over 1,750 years,” said Père Noël. “It really isn’t easy being vegan around Santa’s workshop so if I can make this change anyone can. I sort of wish I lived in Portland, anytime I go through that town they always have some great options.”

As of press time, families all around the world were eating their traditional Christmas ham dinner with a few extra cookies for dessert.