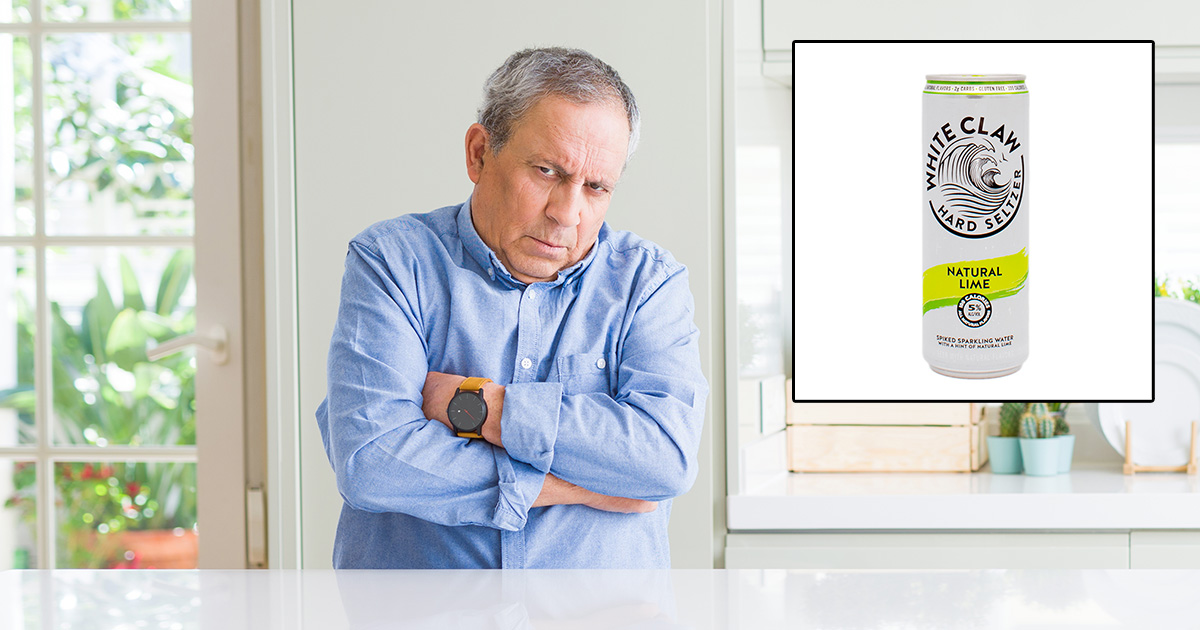 “Hell in a handbasket. This whole freaking country, I swear,” said a slurring Waldemire to no one in particular. “This is why all millennials are a bunch of weak brats — because they’re drinking hard seltzer instead [of] beer or whiskey. And sorry if saying that’s considered ‘toxic masculinity’ or whatever, Gillette. But it’s the truth.”

Niece and apparent representative of “millennials and everything wrong with this country” Teresa Kipling has unfortunately suffered through many of her uncle’s rants.

“My mom was hosting a barbecue one Saturday, and out of nowhere, my uncle yelled, ‘This is why your generation is so screwed up!’ Of course, I did a mental inventory of the many things he could be referring to — my clothes, my haircut, my posture — before realizing it was the hard seltzer in my hand,” said Kipling, who works three jobs to pay principal on her student loans. “He then started squealing about how people my age are ‘lazy and entitled’ before telling me to fix his phone because apparently ‘email just disappeared.’”

Waldemire’s regular bartender Kyle Modena, however, pointed out that while hard seltzer is the current object of his ire, blaming America’s problems on a single, trivial fad is nothing new for Waldemire.

“Oh, yeah… right now it’s hard seltzer. But before that it was fidget spinners, pumpkin spice, the ice bucket challenge, Kim Kardashian — who he just calls ‘that butt lady’ — and, of course, those incessant Shen Yun commercials. Soon enough, he’ll forget all about hard seltzer and be on to something else,” said Modena. “Ironically, he’s never once mentioned the things that are actually destroying America, like climate change and domestic terrorism. But he tips me well, so I’ll keep my mouth shut.”

At press time, Waldemire was on the lookout for the next big trend to hate, while also harboring the deep, dark secret that he was once a huge fan of his generation’s hard seltzer, Zima.