Ugly Sweater Party Winner Didn’t Realize That Was The Theme 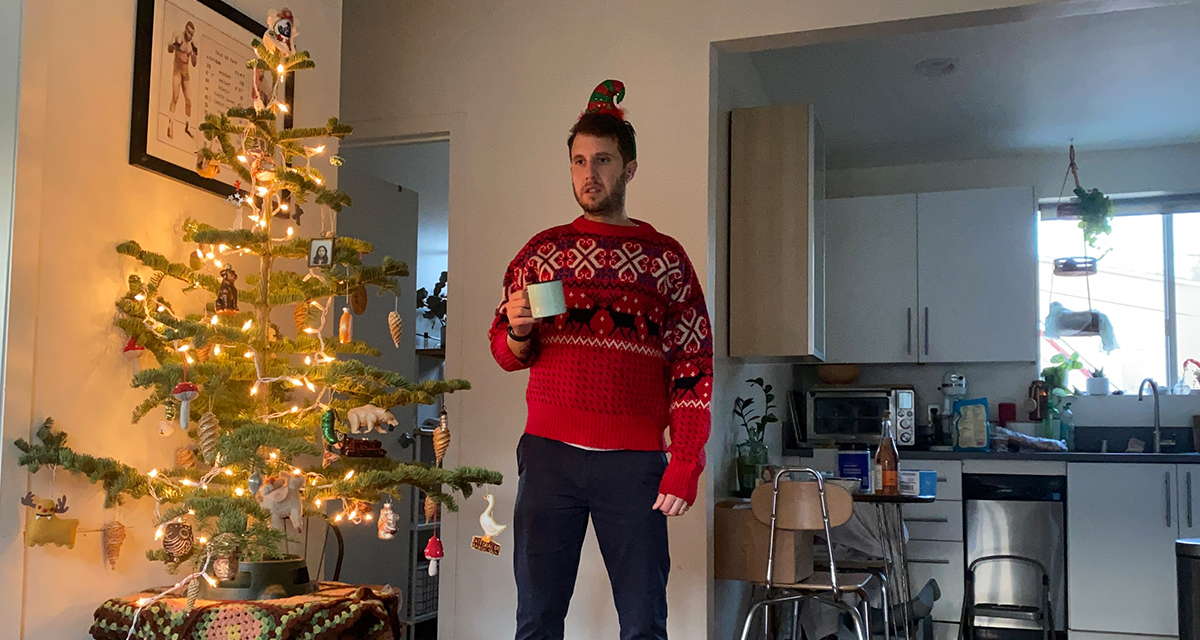 CANAL WINCHESTER, Ohio — Local man Evan Taylor found himself the unwitting winner of his friend’s ugly Christmas sweater party after wearing a horrendously tacky woolen monstrosity to the event according to sources familiar with the walking crime against fashion.

“I showed up at what I thought was a Christmas party, and everyone was dressed really festive,” said the oblivious Taylor. “Next thing I know they’re passing around pieces of paper asking people to vote on who’s got the worst sweater. Of course I voted for Becky in the plain blue sweater with a snowflake on it, mostly because it looked itchy. But when they tallied up the fishbowl of names, mine was the only other one in there. People were taking selfies with my sweater and laughing all night. My mamaw bought me this. Jerks.”

Party host Emily Vo, also oblivious to how much Taylor loved the sweater he was wearing, could only gush about what a god-awful sweater it was.

“I am pretty consistently anti-police,” said Vo, “But even I would consider calling ATF on that rag he calls a sweater if he wore it somewhere that wasn’t this party. I mean it checks so many boxes: it’s so loose and non-form fitting so he looks like a child trying on his dad’s clothes for the first time. The hanger nipples protruding from his shoulders also did it no favors. Plus the colors are really loud and the reindeer pattern just screams something a kindergarten teacher would wear. And are those hearts at the top? Disgusting.”

Other friends at the party were envious that their own sweaters were not victorious.

“I was out thrifting for like three hours trying to get my hands on something that ugly,” said party attendee Jessica Brown. “I thought for sure my sweater with a picture of Santa Claus and an elf taking a picture together with the word ‘#ELFIE’ on it would win but people found it more funny than ugly. I’m gonna have tinsel and glitter in my lint trap for months, and for nothing.”

At press time Taylor also found himself presenting the worst gift during the white elephant gift exchange without realizing you’re supposed to pick out a crappy present.