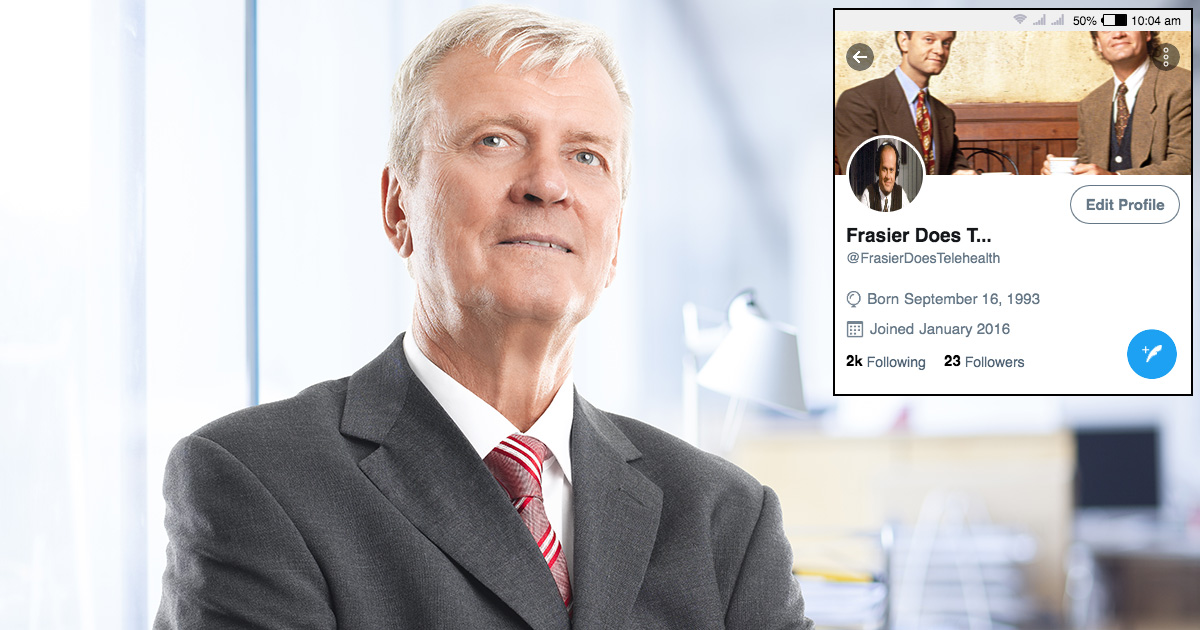 “Times are changing, and the traditional sitcom character needs a tweak to catch up with the modern viewer,” said Gaines from his palatial penthouse. “All the kids today are depressed and eating ass right? And don’t get me started with how they’re always playing on their goddamn phones. So, what do we give them? That’s right, baby, Zoom telehealth expert Frasier fucking Crane. We’ll call it ‘Phone-a-Frasier.’ Hot damn, I haven’t gotten this stiff for an idea since I came up with ‘Seinfeld 2000.’ You just watch, this idea will save the entire entertainment industry.”

“It’s hard to believe he’s not on Twitter,” she noted. “Considering he’s nearly parroted a dozen of the ideas in his story arc where Niles pretends to be a frustrating client who puts Frasier’s tirades on TikTok, incidentally making him a social media star. In fact, I’m pretty sure seven or eight of them were in Slate’s ‘15 Times Frasier Does Telehealth Was Brilliantly Stupid’ write-up. I just hope he sours on the whole thing before he makes me draft an outline of his ‘tear-jerking’ COVID-22 season.”

“Whenever I tweet, I try to picture an old fart at a steakhouse blurting out storylines between sips of scotch,” he said of his creative process with a chuckle. “I lift a lot of ideas from trash I see on the ‘Wall Street Journal’ homepage or rambling voicemails from my dad. That’s how the whole Roz and avocado toast saga got started. The material is so cringe, I don’t think it would get consideration from even the most vanilla network.”

As of press time, Gaines had reportedly gotten an offer of $20 million to air the pilot on NBC.