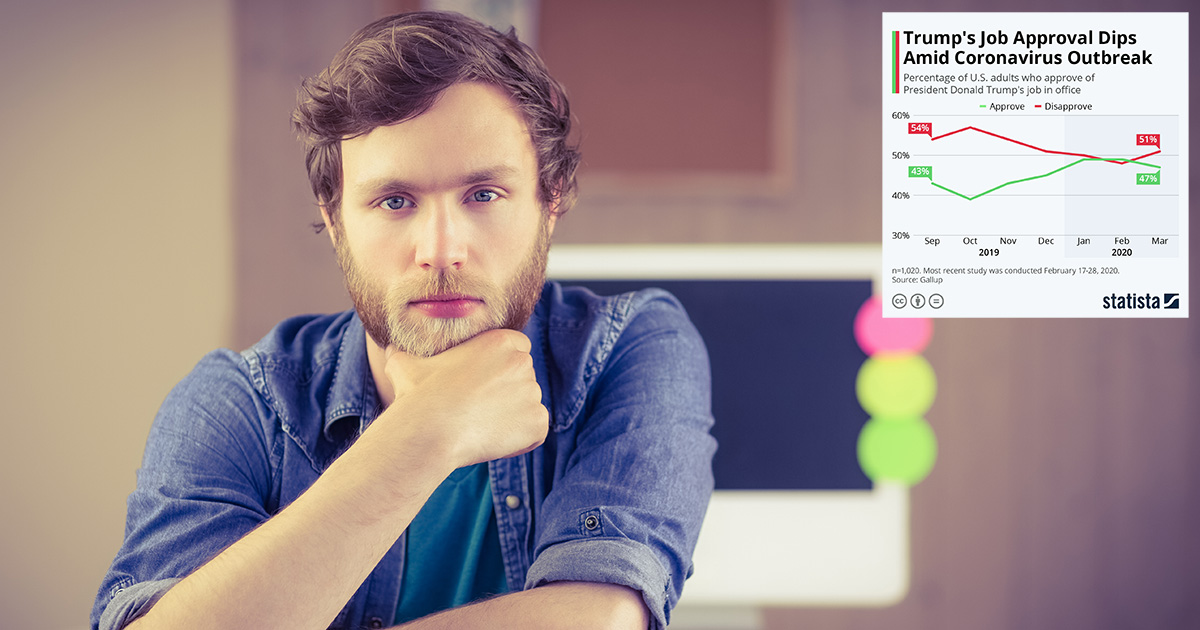 WASHINGTON — President Trump’s approval rating has failed to crack the 40% mark among the last remaining American who managed to survive the pandemic and political crackdown that left most Americans dead, imprisoned, or fleeing the country as refugees, political analysts revealed today.

“I was willing to give Trump a chance four years ago, but I just don’t think the country is headed in the right direction anymore,” noted the sole surviving American voter Carl Hendrick from his underground bunker. “I’m not really thrilled that the Democrats seem to be pushing towards socialism, but I just feel Trump is in over his head right now. I’d rather have a President who can get a handle on the situation, so that I can begin rebuilding society and searching for members of my family who went north during Trump’s ‘Night of Endless Death.’”

Pundits note that Trump’s approach to the pandemic, supposed civil unrest, and his political opponents lacked the resonant message with suburban voters it once did.

“The President was clearly banking on his 2016 strategy of ‘white grievance politics’ to work again in 2020. The problem is it seems most, if not all, of his base were wiped out because they thought masks made them look stupid,” remarked Nate Silver, in a letter smuggled out of a MAGA Reeducation Camp. “Now that the dollar is worthless, 90% of the country is on fire, and Trump has taken over the nation’s water supply, his message is falling flat on the American voter.”

Trump, however, insisted that his approval rating was the result of fake polling.

“It’s fake news, fake news. That’s what I keep saying. I’ve seen the real numbers — these numbers would knock your socks off, they really would,” said the President during his daily briefing to nobody. “Even though I’ve had most of the fake news media shut down or arrested and the ‘Do-Nothing Democrats’ purged and exiled, they’re still pumping out this false data that Your Favorite President isn’t loved by the one American I somehow spared.”

Hendrick’s next vote for President is still undecided, as he hates Joe Biden and doesn’t want to throw his vote away on a third-party candidate.