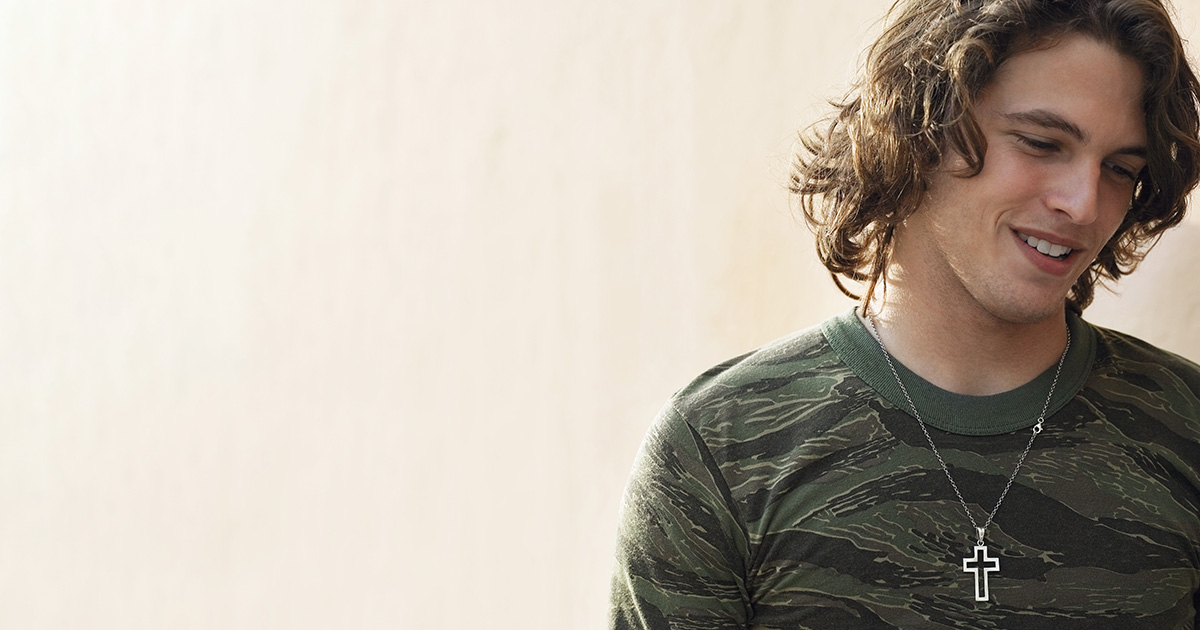 “All the signs were there,” said neighbor and self-proclaimed “Hot Guy Expert” Phoebe Cranston, 34. “Josh’s Instagram is mostly him skateboarding, playing bass and hiking… peppered with what I later discovered were Bible verses and old Underoath lyrics. Once I found out those ‘He Conquered the Grave’ shirts weren’t for a hardcore band, I became really suspicious. Then I realized it was 3:30 a.m. What a waste of a hot dude.”

Those who tried to grow close to the equally hot and lame Christian empathized, lamenting their discoveries after months of pretending that “maybe he’s asexual or something, or at best, straight edge.”

“One hard clue is the MxPx tattoo. Once I saw the ‘Pokinatcha Punk’ sitting on those delicious abs, I knew this guy may be too good looking to be true,” said neighbor Chloe Jimenez, whose crush on Billingsley was also compromised by the news. “He seems rad, and such a babe — I just don’t get how he could be all… ‘Bible-y’ like that. What kind of twisted God would do something like this to an entire community of people?”

“I guess it could always be worse, though,” she added. “He could have tribal tattoos, or a badge.”

Billingsley confirmed the rumors in a manner only he could.

“This happens all the time,” said Billingsley. “If you’re like me, once you start opening up a little more, and turning down free beer and casual, pre-marital sex, people just start looking at you funny. Either way, I’m grateful for this day, and my new friends here. His blessings never cease.”

For their part, Billingsley’s newfound friends and neighbors are doing their best to stay positive.

“It really helps that Josh is a good, solid, painfully hot dude,” said Tamara Drysdale, who lives in the duplex apartment above him. “And he makes a great designated driver when we need one.”