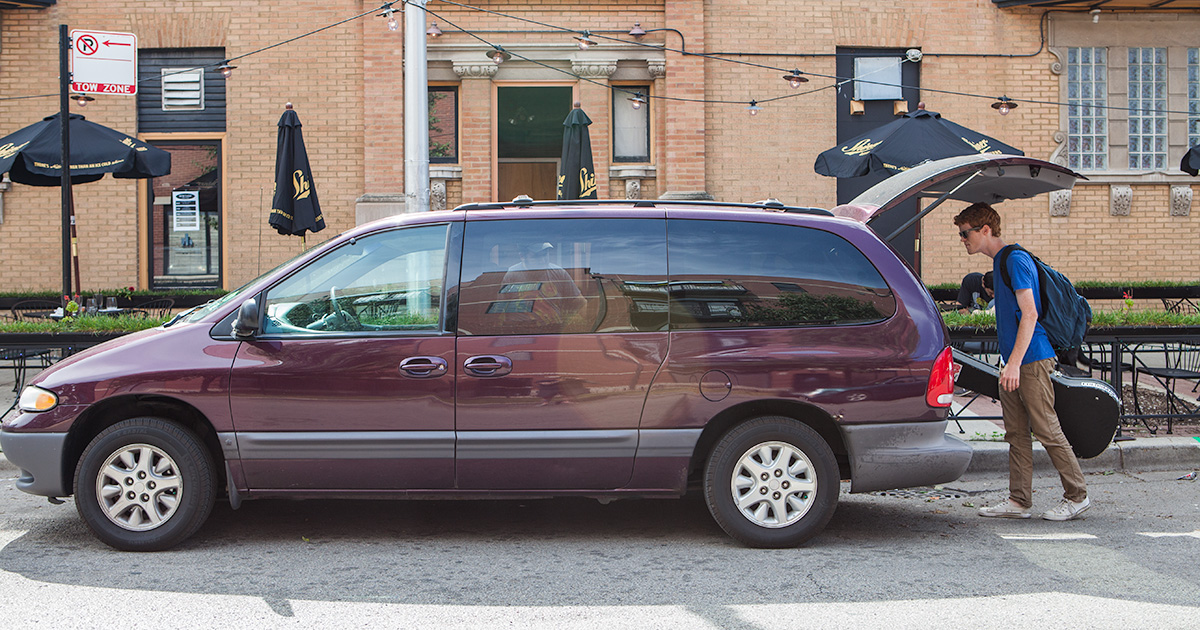 “It’s got tons of trunk space, so it can fit a drum set and a couple amps, or seven baseball equipment bags,” said Kate Milton, Cara’s mom and owner of the Windstar. “I just wish they’d clean up when they’re done — I find so many candy wrappers under the seats. One time I found a whole Pop-Tart, intact and toasted. How does that even happen?”

The Windstar, well-known for impressive gas mileage for its size, is allegedly as perfect for a frugal band as it is for an environmentally conscious mother-of-three.

“The bench seats in the back are great for sleeping… or for any scandalous activities, if the opportunity presents itself,” claimed singer Mindy Lin. “And I suppose it’s helpful for Mrs. Milton to transport eight children at a time. Sometimes it’s weird, though — one time, I found a cleat under the seat. Not even a pair! Just the one, and it was still tied. How does that even happen?”

“With the automatic sliding doors, the kids can just pile in and out, and I’m not bending over fussing around with car seats,” said Mrs. Milton. “One would think that feature would be helpful for loading in amps and drums, but they somehow still get tons of scratches everywhere. It’s like they just throw their gear at the side of the van with no regard for potential resale value.”

Head over to The Hard Times store right now: