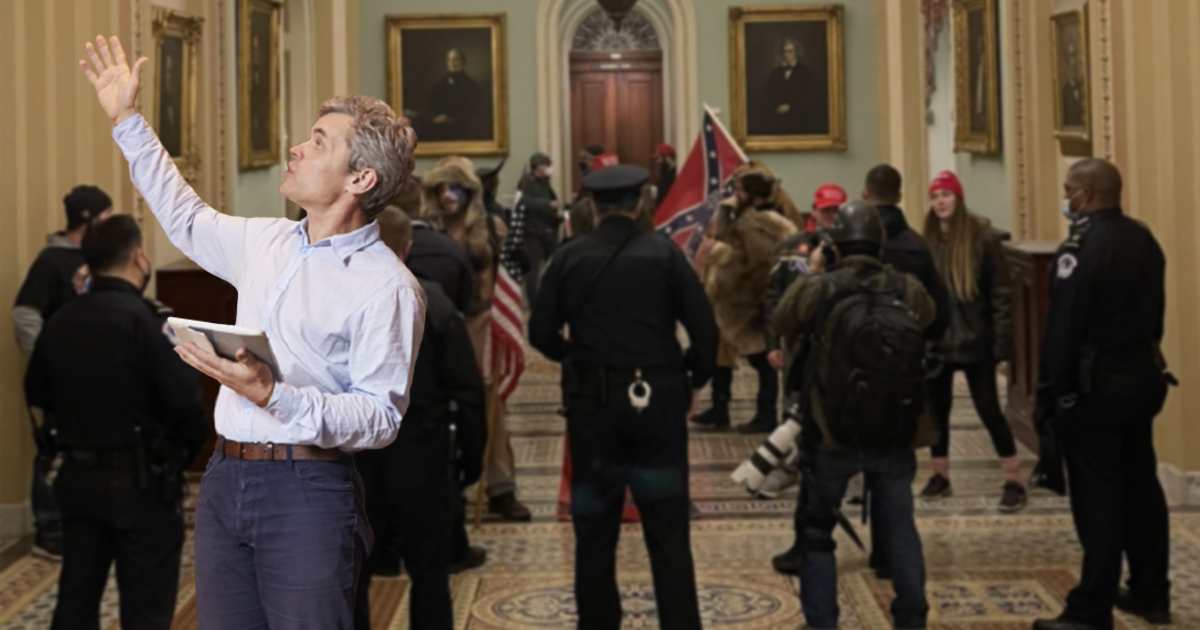 WASHINGTON — DC-based tour guide Christopher Hollis is currently attempting to quell an insurrection at the Capitol Building in order to provide interesting details about the symbolic significance in the architecture of the structure, screaming Trump supporters confirmed.

“I just need everyone to quiet down for a moment and turn their attention to the stairs everyone is currently standing on. Please focus on me now people, thank you,” said Hollis, as potentially armed militia members stormed past him. “I know we’re all excited to be here, this is quite a magnificent structure. Did you know the building has 658 windows? If you look up to the second floor you can see some of the Senators donning their escape hoods before making their break through secret tunnels in the basement. Please hold all questions until the end.”

“Stop the steal you fucking Marxists,” screamed one anonymous Trump supporter wearing a Confederate flag sweatshirt. “All we want is a free and fair election that bends exactly to our will, and anything beyond that is treason. We will not rest until Trump is elected as a life-long dictator and may he rule for 1,000 years. Wake up.”

Hollis admits that it may have been a bad idea to use a large American flag to signal to members of his tour group that they would be moving on to the next landmark.