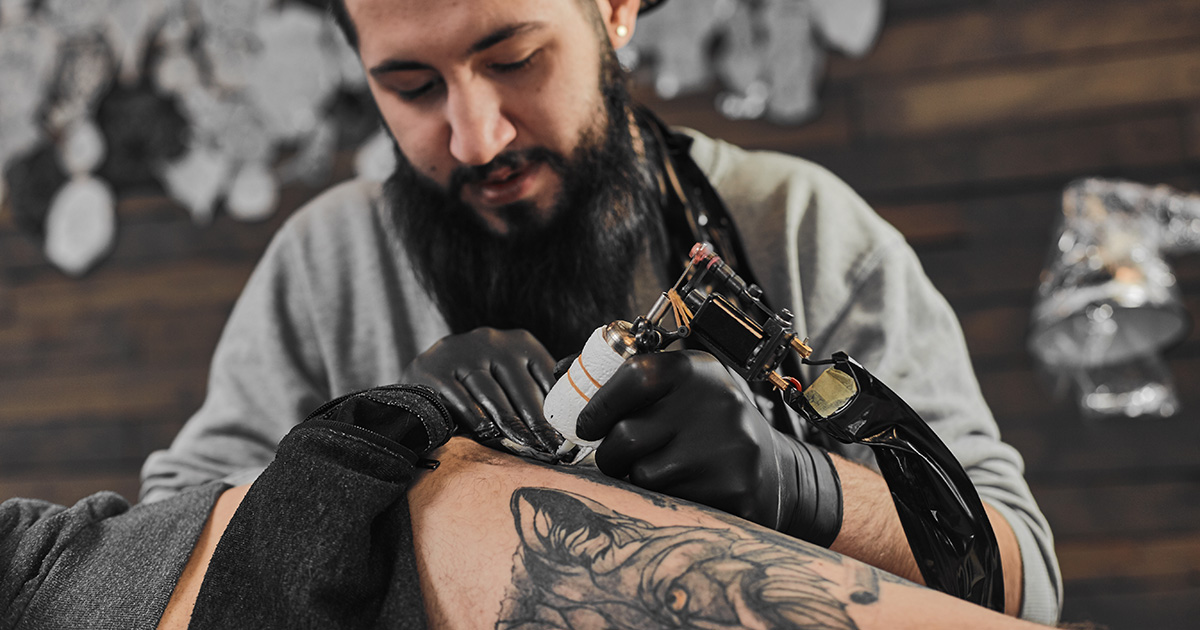 “Right in the foreground, we have Chandler spreading his bare butt while Ross and Monica go nuts on his hog,” said Lipinski while displaying the fresh tattoo. “The vein work in all the penises is top-notch. It’s like you’re looking at a photo of all of them completely naked with that monkey Marcel sucking his own dick in the corner. And the best part of the tattoo is that it’s all happening in a church because I didn’t want this to be some random orgy, I wanted it to have meaning. It only took a handful of six hour sessions because my tattoo artist really wanted to take the time to get the huge nipples and insane amount of pubic hair just right.”

Lipinski’s tattoo artist, TJ Morris, was happy with how the tattoo came out, but admits he won’t be putting it in his portfolio.

“I know I did my job well here. One look at it and you can see the character of Joey eating a pile of shit off of a dinner plate with a fork and knife while Phoebe pukes on his neck,” said Morris. “I spent a lot of time getting all the details just right because the client kept saying he wanted this to be ‘accurate.’ I’m not sure if this was a scene from a nightmare he had, but as soon as his credit card was processed I made the decision to never work with him again. This is a tattoo that will haunt me.”

Tattoo historians such as Rosie Powell believe that “joke” tattoos like this are only going to become more popular.

“So-called ‘traditional’ tattoos are no longer in vogue with the younger, more eclectic crowd of tattoo collectors,” said Powell. “15 years ago an eagle perched on top of an upside cross was considered pretty badass, but that’s tame compared to a photo realistic tattoo of Machine Gun Kelly eating a pussy four times his size. I never thought I’d get to the point where I’d say ‘you will regret that,’ but here we are.”

An Instagram post displaying Lipinski’s new tattoo was immediately removed, got him banned from the platform, fired from his job, and immediately caused his family to file paperwork to legally change their name.