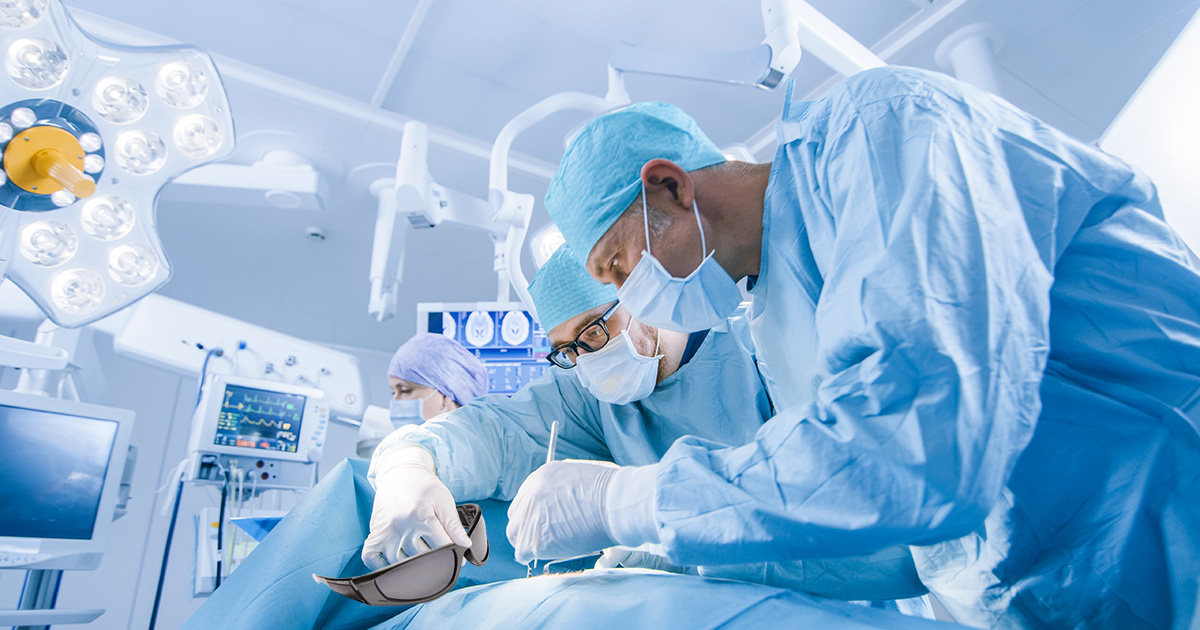 ST. LOUIS, Mo. — A team of doctors at Barnes Hospital completed an unprecedented surgery when they successfully removed a pair of wraparound sunglasses from a goateed man’s face, hospital representatives confirmed.

“Our patient was admitted three days ago, white-knuckling the steering wheel of his Ford F-150 and ranting about how liberals were trying to cancel the 4th of July and rename it ‘Pelosi Day.’ After careful observation we realized that his knockoff brand wraparound sunglasses were fused to his skull, causing acute brain damage not unlike a tumor,” said Head of Surgery Dr. Albert Hillstein. “It only took six doctors and 15 meticulous hours, but the surgery was a resounding success. There is finally a ray of hope for those who’ve been wearing douchey sunglasses for ten years straight.”

Surgery recipient William Ellis expressed gratitude and relief after doctors were able to remove what may have become a terminal condition.

“Honestly, as long as I’ve owned these sunglasses I’ve always believed that Obama was the anti-Christ and thought drinking six Mountain Dews before noon was normal. But I had a hell of a wakeup call last week when my daughter pointed out that I was yelling at CNN while the TV was turned off, and I realized something was gravely wrong,” said Ellis. “I’ve only been awake for a few hours but I can already feel a difference. My son, who goes to art school, mentioned socialized medicine and critical race theory and I barely had a reaction. If he had mentioned those things yesterday then I would have hit the ceiling. And not to mention it’ll be nice to finally be able to drive at night again.”

Sunglasses manufacturer Made in the Shades has vehemently denied their products are dangerous, both physically and politically.

“While this isn’t the first time we’ve heard of our sunglasses making half-bearded white men act crazy, we do make it very clear in our terms and conditions that our products should only be used during the daylight hours for no more than 180 minutes at a time. Any sensible person would know prolonged use can lead to believing JFK Jr. is still alive,” said company rep Joe Campelli. “While we are happy to hear that Mr. Ellis is recovering from his procedure, these are sunglasses we sell at highway gas stations and frankly you get what you pay for.”

Before leaving the hospital, Ellis met with doctors to schedule a precautionary surgical procedure to remove his embroidered bootcut jeans from his legs.