Supermarket Bartender Sure Has Some Stories to Tell 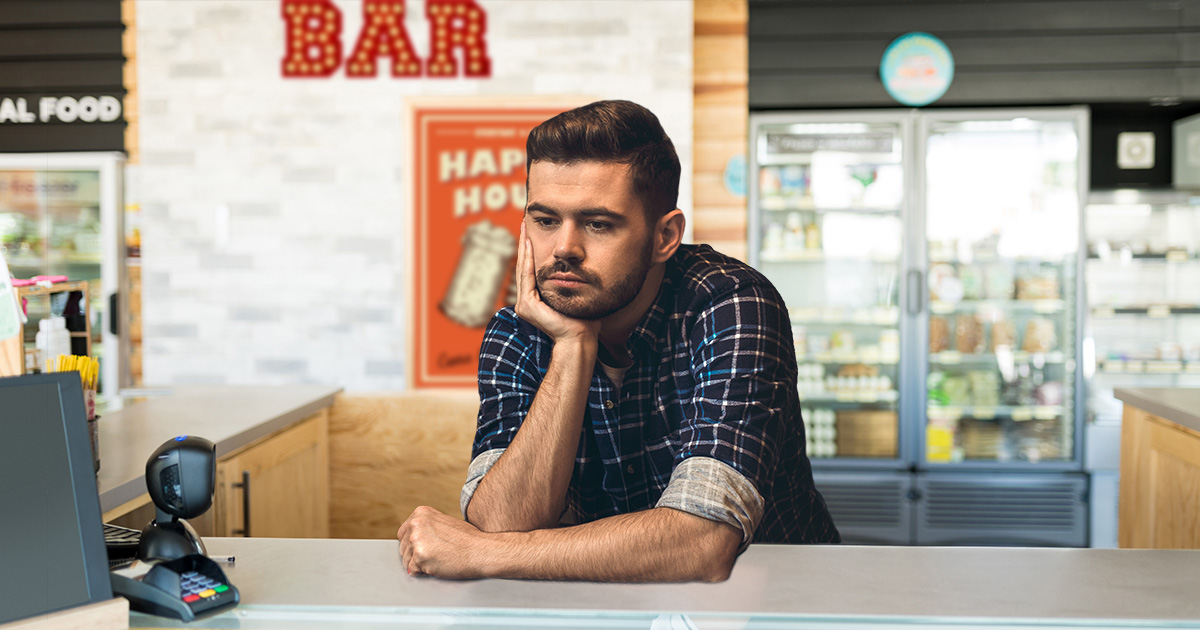 PLYMOUTH, Mass. — Matthew Kearns, a bartender at the Ye Olde Tap House located in the rear corner of a Market Basket supermarket, reportedly has “hundreds of stories” about the violent, heartbreaking and bizarre incidents that have come to define his workplace.

“The best story? That’s a good question… Do you have a couple hours? I guess it was probably when a woman tried to steal a person’s comfort potbellied pig — the pig ended up biting a police officer, which is pretty ironic,” said Kearns with his trademark 1,000-yard stare. “Then there was the time some old-school Irish thugs were running a gambling ring based around the results of Wimbledon back by the dairy section. Those dudes sure did drink a lot, though. Another favorite was the time a man proposed to a woman 35 years older than him while both were wearing Criss Angel tour T-shirts. Keep in mind, I only started working here three weeks ago.”

“Visiting Ye Olde Tap House is like watching a David Lynch movie, but all too real… and Matthew sits in the center of madness,” said DeFrancesco. “Did he tell you about the guy who set up a grille in the middle of the bar and had a cookout only using bison burgers? Or when a local Presbyterian church had a fatal carbon monoxide leak, and instead held their weekly service at the bar? I was there when a mother let her pre-teen daughter openly vape and then used a boxcutter blade to slash open multiple bags of Tostitos while screaming something about antifa. Because that was all last Sunday.”

“The biggest concern for our members is not safety hazards, or the fight to increase wages. Our biggest fear is that our frontline supermarket bar employees will suffer untold lifelong traumas,” said Rossi. “These men and women are routinely asked to make extra spicy Bloody Mary’s on weekday evenings well outside of traditional brunch hours, and then must dodge empty shopping cars thrown at them by customers denied their own weekday evening Bloody Mary’s as the bar is already closed.”

At press time, Kearns and supermarket bartenders across the country were headed to a neighborhood pub to drink the pain away.