Subscription Service Sends New Drummer to Your Doorstep Every Month 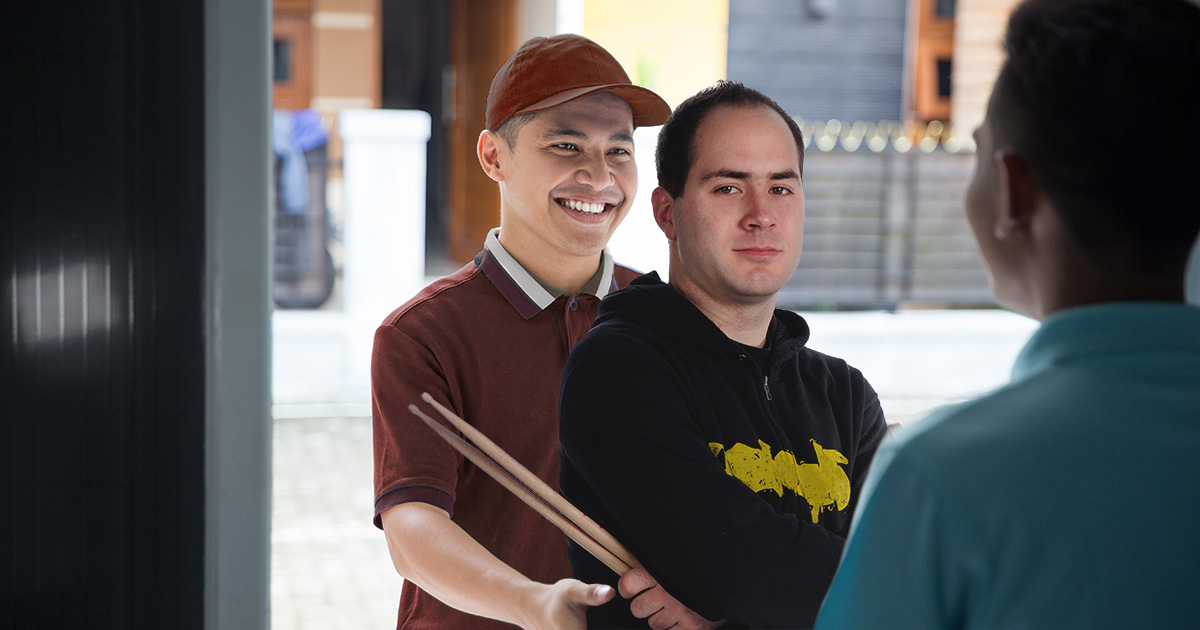 “This is a game changer,” said musician and BeatBox user Marcus Tower. “I live in a test market, so I’ve been using BeatBox for about three months now, but I couldn’t be happier. By the time my drummer wandered off to start a solo project or drink himself to death — or both, I don’t know — there was already a new one en route. What a time to be alive!”

Drummers reportedly arrive to the recipient’s doorsteps compressed in a box roughly the size of a mini-fridge, with multiple holes poked into the top of it.

“I was skeptical at first, but you’d be amazed at the quality of drummer they send you for what you’re paying — way better than picking something up in town,” remarked BeatBox patron Patty Wells. “The best part is, it’s not just all dudes! I mean, it’s still mostly white dudes… but last month, they sent me an 8-year-old Korean girl who could play a double bass kit. My Instagram really blew up after that one.”

Despite the generally positive reactions to the subscription-based supply, however, not all musicians have embraced the new service.

“You ask me, it’s bullshit,” said D.C. scene legend Adam Piss. “Back in my day, if you wanted a drummer, you went to a hockey game or an AA meeting and you found one. It was part of how you earned your stripes in this scene — it hardened you. Having a drummer sent to your door is depriving these millennials of an important, formative experience.”

“Plus, it’s totally unethical and inhumane to force a bassist to adapt to a new drummer’s style every month,” he added. “I’m not sure if calling it a human rights violation is too dramatic or whatever, but I also wouldn’t be surprised it if wasn’t.”

At press time, BeatBox was under fire after an announcement that the monthly fee would increase from $10.99 to $12.99 a month — sending a large portion of its customer base to Reddit to call for the CEO’s public execution.