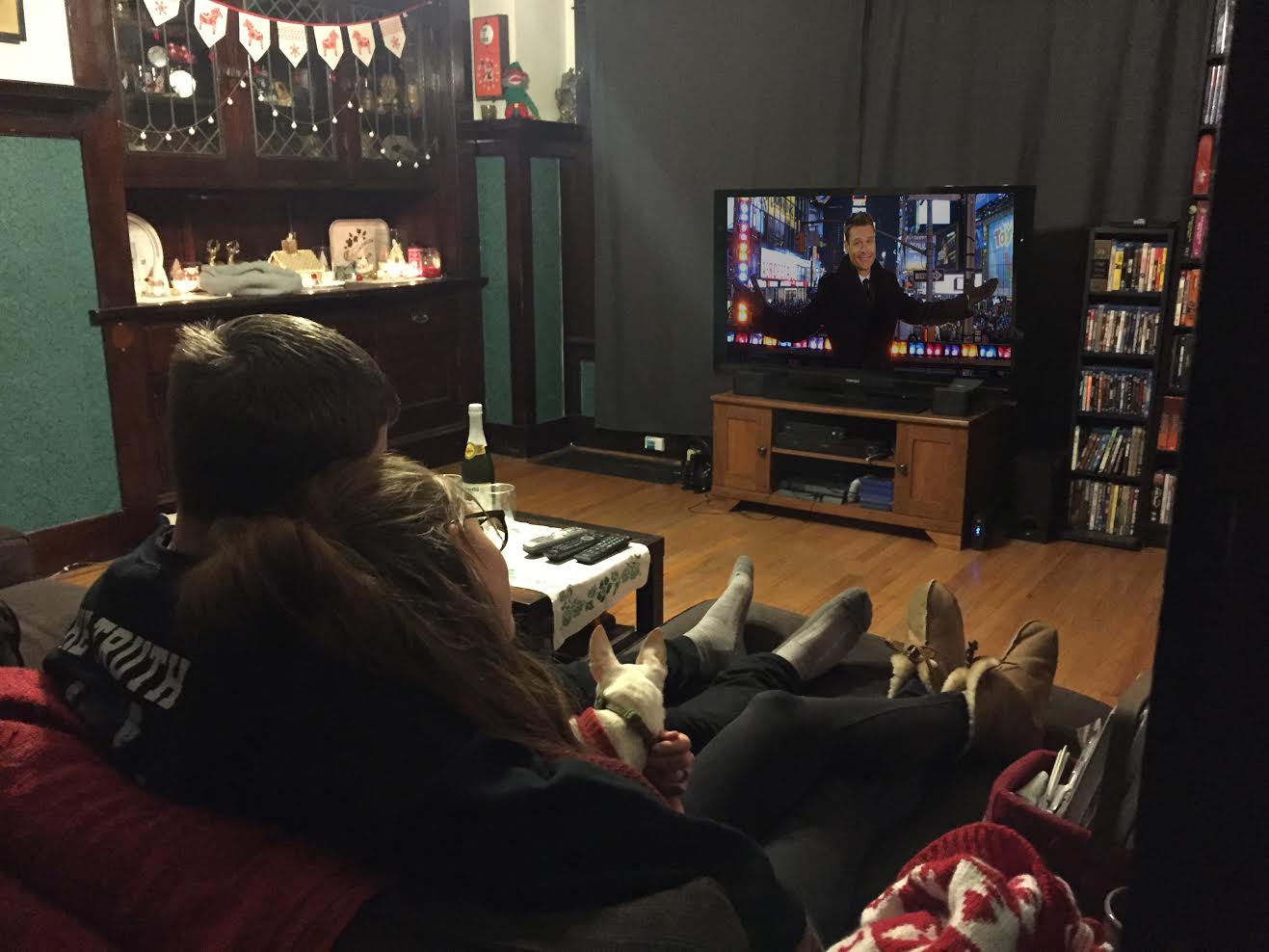 SACRAMENTO, Calif. – Local straight edge couple Garret Curley and Kristina Rettig made a valiant effort to stay up until midnight to watch the ball drop, but ultimately fell asleep together on the couch just shy of 10:30 p.m., according to reports on their various Instagram accounts.

“Oh shit I think we kind of passed out there for a minute,” yawned Curley before checking his fake swatch watch and noticing it was well past midnight. “Fuck, honey we missed it. We had the sparkling cider ready to go and everything and I was going to do a really funny voice when counting down.”

“God damn it,” Curley added before retreating to the bedroom.

The straight edge couple — both in their early 30s — are dedicated to a life free of alcohol, drugs, addiction, and genuinely good times. In order to avoid those dangerous vices, the duo turned down multiple invitations to New Years Eve events.

“We went out last year but ended up back home at 11 p.m. anyway, so we decided to just stay in this year and ring in the New Year in style together at home,” Rettig explained shortly after brushing her teeth and flossing thoroughly between her molars. “But I guess we just sort of dozed off on the couch for a few hours — I knew we should have napped after work, Garret.”

Adam Vanicek, a long-time friend of the couple and formerly straight edge peer, was not surprised by the news.

“Look, I love those two. When I was edge I spent almost every holiday with them, having Connect Four tournaments and shit like that before falling asleep on their floor watching TV,” said a still-drunk Vanicek after returning home from a night of wild partying as the sun was rising. “But now? Fuck dude — have you ever been to a lingerie party? Have you?”

Despite not achieving their goal, Rettig was satisfied that she was still able to wish her friends back home a Happy New Year.

“I am from New Hampshire so at 9:00 pm I just started texting all my friends and family back home, so it still felt special,” said Rettig. “We should have just watched the East Coast feed of the ball dropping and called it a night. Maybe next year.”