Stoner Metalhead Running a “‘Dopesmoker’ and a Half” Late to Work 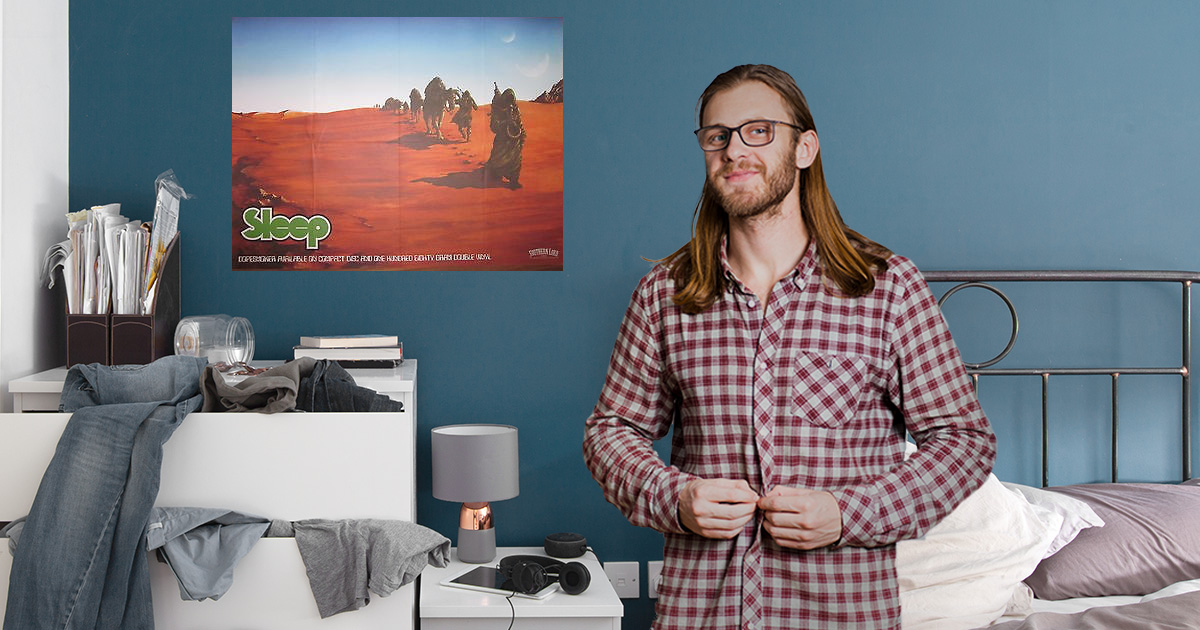 BROOKLYN — Local stoner metalhead Graham Wyatt overslept this morning after a night of drinking and weed smoking, which caused him to run a “‘Dopesmoker’ to a ‘Dopesmoker’ and a half” late to work today, irritated management and coworkers confirm.

“Yup, I really fucked up. I knew as soon as I opened my eyes that the sun was way too bright and I was late as fuck,” said Graham Wyatt, Senior Art Director at Bronze Lightning Media. “I would’ve been on time if I woke up to my initial alarm, but I snoozed for like, a ‘Jerusalem,’ and that was a huge mistake. After working 60 ‘Dopesmokers’ a week, working pitch after pitch, I really needed some time to re-energize and follow the smoke to the riff-filled land, know what I’m saying? Working on new business is freaking exhausting.”

Wyatt’s stoner metal timekeeping has not only directly affected the workflow of his team, but the functionality of the rest of the company as well.

“We haven’t been able to process any of his timesheets,” said Dwayne Espinosa, who has been working in Accounts Payable at Bronze Lightning for seven years, “He keeps writing in Sleep albums as standard units of time. And it’s confusing, because I don’t know if that’s the running time of the album itself, or if bonus tracks count. It’s messing with my timesheets and I’ve asked him countless times to fix it. The system is so backed up, I haven’t been able to process the books from last year. I’m telling you, creatives are the worst.”

Horologists worldwide have seen a spike in stoner metal-based time measuring systems since the 2009 reunion of the band Sleep.

“It’s quite fascinating, really,” explained watchmaker Corrina Marsden. “The most curious thing about operating under Stoner Metal Time is that unlike the average clock, running from 12 A.M. to 12 P.M., they run from 4:20 A.M. to 4:20 P.M., essentially cutting the day down from 24 hours to 16. This means they discovered a way to effectively stretch time. My colleagues and I have spent the last decade working tirelessly — 24 hours a day, mind you — to figure out a way to prove and defend this thesis. Stoner metal has been without a doubt the best thing to happen to the horology community since the beginning of time itself.”

Meanwhile, the members of Sleep will end their hiatus and record an album with a run time of two weeks for metalheads who need to better time their vacations from work.