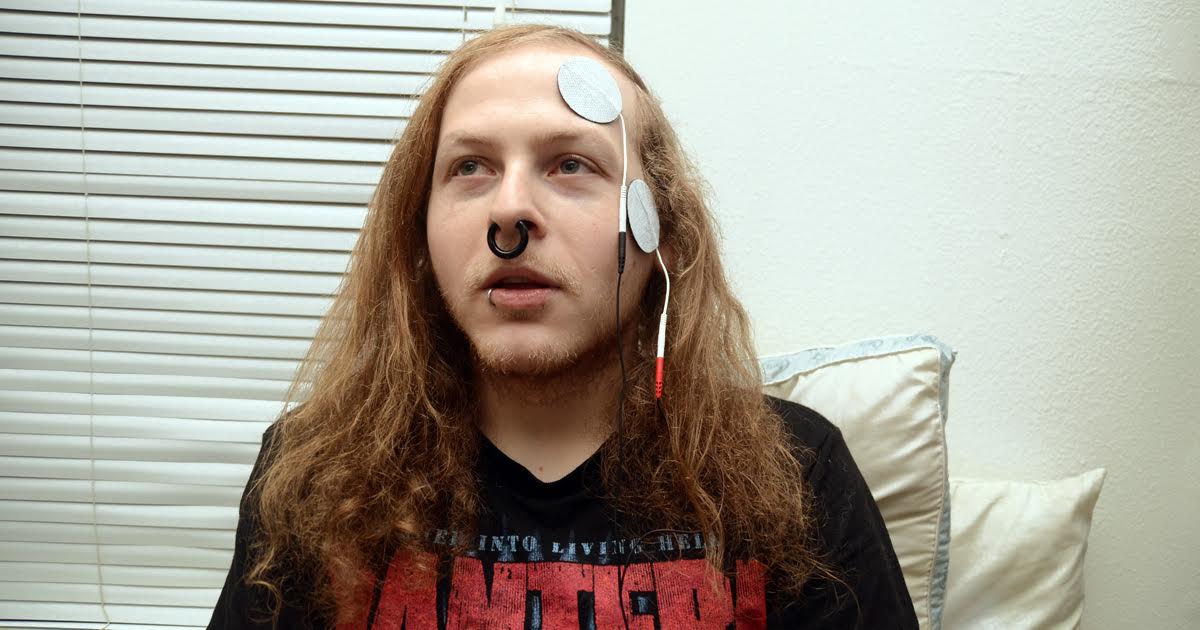 “I saw this flyer outside of a GameStop and figured it sounded perfect. Sleep is one of my favorite bands, bro, so I was all like, ‘$50 to fucking groove? Hell yeah! I’m in,’” said Harrison from his sleep-study chamber. “The flyer looked hella official, so I figured there might be some CIA level bud involved — maybe some of that G13 stuff, or some dank Funyon Dust Kush.”

Harrison was initially disappointed when he realized the true purpose of his presence, but changed his tune after learning about the study’s perks.

“These beds are insane. They have clean sheets. They aren’t just mattresses laying on the floor. I feel like the King of England, man,” said Harrison. “Plus, they give me endless saltine sleeves. I just slaughter them, yo.”

The scientists conducting the survey at the CPMC Research Institute were reportedly fascinated by their cooperative new subject.

“We’ve never seen someone sleep like this. He was breathing the whole time, but there was literally no brain activity for the vast majority of the study,” said Dr. Lisa Chen. “He would always kind of smirk every 12 hours at 4:20, but even then, there were no visible brain waves.”

“I’m kinda between living situations and jobs right now, so I’m actually gonna see if can’t work something out full-time with the doctors here. I’ve been sleeping for free my entire life, and now, I can get paid for something I’m really good at,” said Harrison. “I’d even be happy just moving my futon into one of the maintenance closets.”

Harrison is allegedly also signing up for a battery of clinical trials.

“I feel like I’m in some sort of fairyland. First, they pay me to sleep. Now, I’m going to get paid to take a bunch of random pills and get super stoned,” said Harrison.