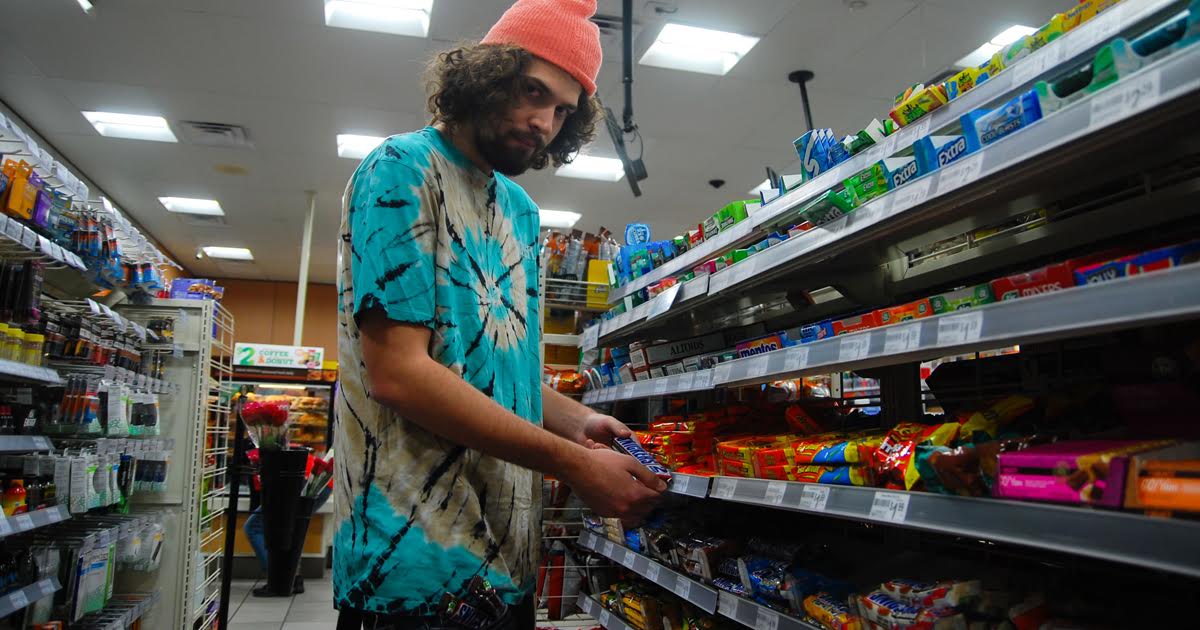 BAKERSFIELD, Calif. — Local stoner Justin Shaw was charged with theft yesterday after stealing a candy bar in a crime not motivated by race, or anything else for that matter, according to law enforcement officials.

“At this time, it is clear Mr. Shaw was not motivated by anything that would constitute a hate crime,” said Ofc. Darrell Park, while reattaching a body camera to his uniform. “We believe all of Mr. Shaw’s actions to be devoid of hatred, along with any form of motivation or work ethic.”

A drug test revealed Shaw was high on a marijuana at the time. Prosecutors representing local snack-based establishments are seeking to make an example out of him.

“When medical cannabis was legalized, we expected snack sales to triple,” said Gary White, a sales representative of the Frito-Lay company, wiping his hands off on his pants. “We didn’t anticipate how many people would forget to pay for the snacks and just walk out, eating them in a daze.”

Despite national outcry over the case, Shaw’s lawyers are prepared to address any and all issues in the courtroom.

“My client’s actions were not done out of hatred or malice,” defense attorney Patty Park said. “They were out of pure laziness. I intend to prove that my client is, beyond a shadow of a doubt, the least motivated individual in Bakersfield. Assuming we can get him out of bed and into the courtroom.”

Several witnesses, including past employers and ex-girlfriends, are expected to come forward to defend Shaw’s character.

“Justin would never do something like that because of a racial bias,” said former manager Leo Chen. “This is a guy that was late to work 37 days in a row at a job that was a three-minute walk from his front door. If anything finally motivates that boy, I’d sure like to see it.”

While Shaw is expected to receive only probation for the incident, he will be back in court next month after accidentally littering on a nearby Native American reservation.

Take a trip to our online store and pick up a new shirt: