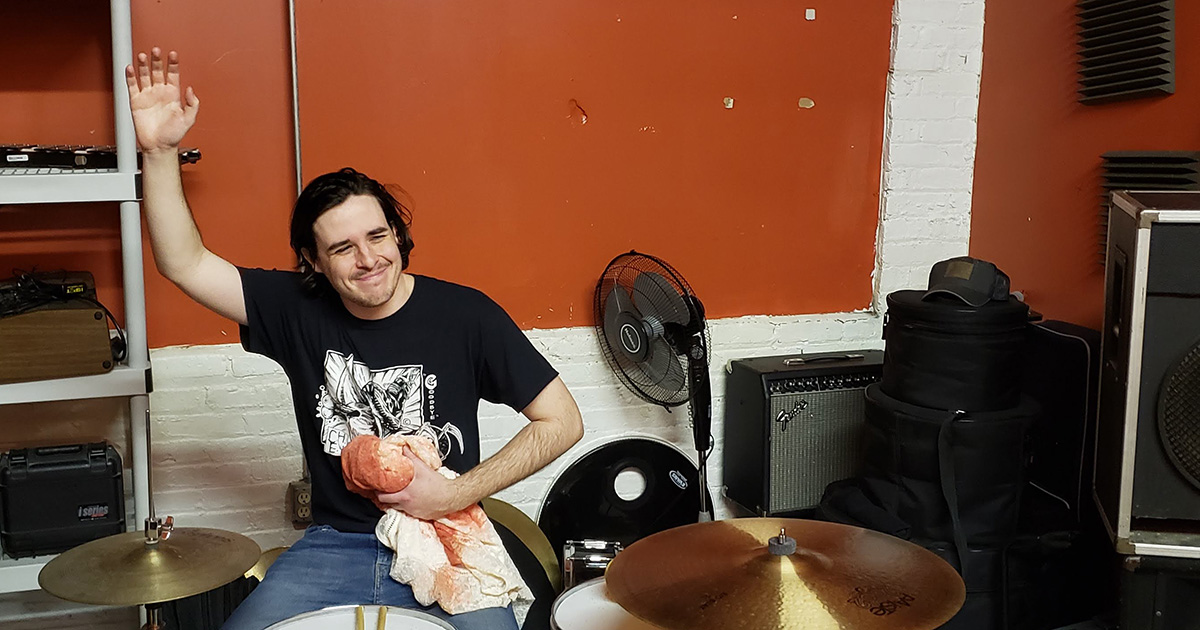 “We were planning a mini-tour for the next few months… which, to be honest, calling it a tour at all is generous — it’s usually a few unambitious, shithole bars within 50 miles of our house. So imagine our surprise when Tommy, out of the blue, starts suggesting we play Toronto, Saskatoon, or ‘literally any place with universal healthcare,’” said guitarist Liv Rooney. “You should’ve seen him: clutching at his chest, wet shirt sticking to his body, dozing off mid-sentence. It was so strange. I don’t know what’s gotten into him.”

While some bandmates are completely unaware of Rivera’s stab wound, others, like bassist Francis Miller, downplayed Rivera’s injury.

“Considering how shitty his drumming has been lately, I’m not sure we should even give Tommy a vote here. I can’t remember the last time he played a full song without dropping his blood-soaked sticks, or getting thrown off tempo by a supposed auditory hallucination. Plus, that sucking sound coming from his stab wound has screwed up several recording sessions. Maybe he’s just not truly committed to this band,” said Miller. “I get it, someone knifed you. Well, I played a show last summer with a stye in my eye. Suck it up already.”

When reached, Rivera claimed to have a post-stabbing “moment of clarity” about his career choice.

“Maybe it’s the massive blood loss talking, or the fact that I haven’t had to urinate in six days, but I’m starting to realize that being a poor musician without health insurance is not worth it. Or at least, not worth it in America,” said Rivera. “To think, those lucky Canuck punks up there are picking fights left and right, practically begging to get shivved, knowing they won’t pay one cent for stitches and transfusions.”

After his tour suggestions were overruled by his bandmates, Rivera has been napping in the van for the past 23 hours, presumably resting up for the evening’s show.