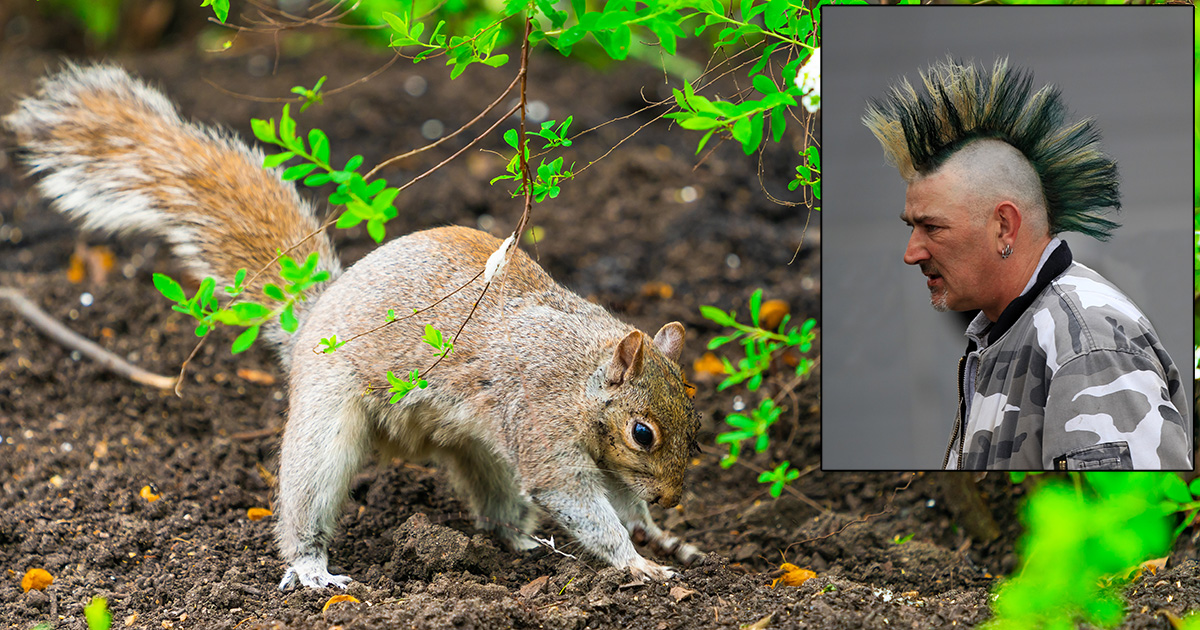 EUREKA, Calif. — A squirrel rapidly burying nuts in the ground in preparation for the winter is now better prepared for retirement than one local punk Trey Henderson, according to sources close to the situation.

“Look, I could eat all these acorns today, but I need to prepare for the future as well. So I eat a few to fatten myself up, and bury a few for when the nuts dry up,” said the squirrel we named Rocky. “If I forget where I hid the nuts that’s OK because they’ll become trees which create more nuts. My investment literally grows before my eyes. Now sure, I’m a squirrel and I’ll die before they ever become a full-grown tree, but my great great great great great great great grandchildren are sure to reap the rewards. Proper retirement planning means thinking about the long-term health of my entire family.”

“Look man, I don’t exactly plan on living into my 60s,” said Henderson. “I do realize my previous retirement plan went out the window after I got written out of my parent’s will for trading in my dad’s dune buggy for a bunch of whippets, but in my defense, I wanted to get really fucking high. I’ve adjusted though. I’m making loads of cash selling the half-smoked cigarettes I find in random ashtrays. Then when I use that money to buy beer I collect the deposit on the bottles. I’m pretty sure that means I’m getting paid to drink beer. That’s the only retirement plan I need.”

Punk turned financial planner Matthew Saconi had some different ideas about how Henderson should plan for the future.

“How about instead of spending all your money on instant scratch-off tickets, you buy a stock or two,” advised Saconi. “It’s like gambling except it comes with the added bonus that you can annoy all of your friends by telling them to also get into it. If you think that the stock market exploits workers then you could try doing some classic life insurance fraud instead. Just fake your death and let the check come in. The average lifespan of a punk is equal to about 3 squirrels so no one will probably question if you’re really dead anyway. I’m just saying, there’s options here.”

At press time Henderson had reportedly ruined their one potential nest egg, some rare vinyl records, after taking the squirrel’s advice and burying them in his front yard for safekeeping.