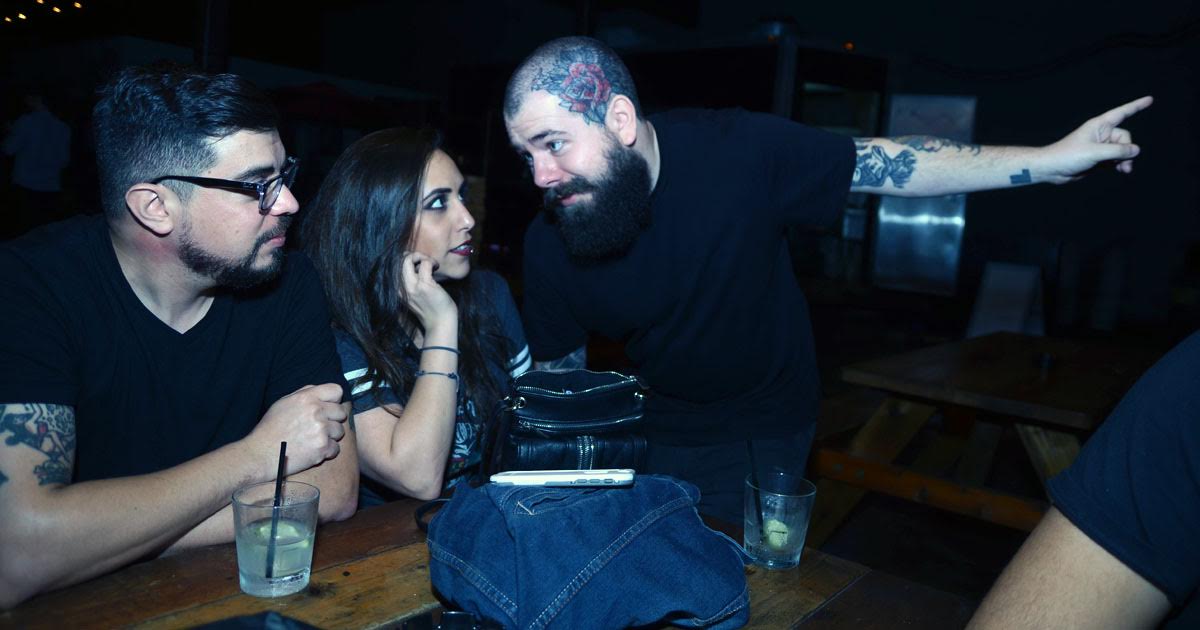 BOSTON — Craig Manning warned his fellow show attendees last night that there was a broken glass bottle on the floor of the venue, omitting the fact that he was the one responsible for the hazard, sources confirmed.

“I just wanted everyone at the show to be careful… and, you know, maybe respect the space,” said Manning, shortly after yelling “Fuck Marty Walsh” and smashing a half-full bottle of Colt 45. “But, yeah — like, be careful, because it doesn’t seem like anyone has a broom or a towel or anything to clean up that unfortunate mess.”

The good samaritan/evil genius received a special shout out from Kyle Langhorn, the lead singer of touring band P.U.S.T., during their headlining set.

“Yo, it’s dudes like this motherfucker right here that keep the scene alive,” shouted Langhorn while pointing at Manning. “This is a guy you can trust: he came up to us at our merch table an hour ago and let us know to be careful when loading in our gear because some asshole broke a bunch of glass. This one goes out to him.”

Manning admitted that the warning was a gametime decision.

“After I smashed the shit out of the bottle, my head was a bit more clear, and I realized the error of my ways,” he reported. “I knew I couldn’t let it just sit there, so I warned the people around that I… found… a broken bottle over there.”

“I mean, yeah — we all saw him break the bottle,” said attendee Ellie Nash. “But it was really cool of him to warn everyone. The only thing I can think of that’s better than that is actually cleaning up the glass, but that’s a little much. No one is that good.”

Patrick Landis, a barback who eventually cleaned up the glass, had a suggestion for next time.

“I wish he’d told me sooner, before the glass was stepped on and crushed down into little pieces,” said Landis. “A piece of it fell out of my dustpan and into my boot, and it’s giving me some trouble.”

Manning was last seen warning showgoers that “someone took a giant, wet shit” on the stairs exiting the venue.