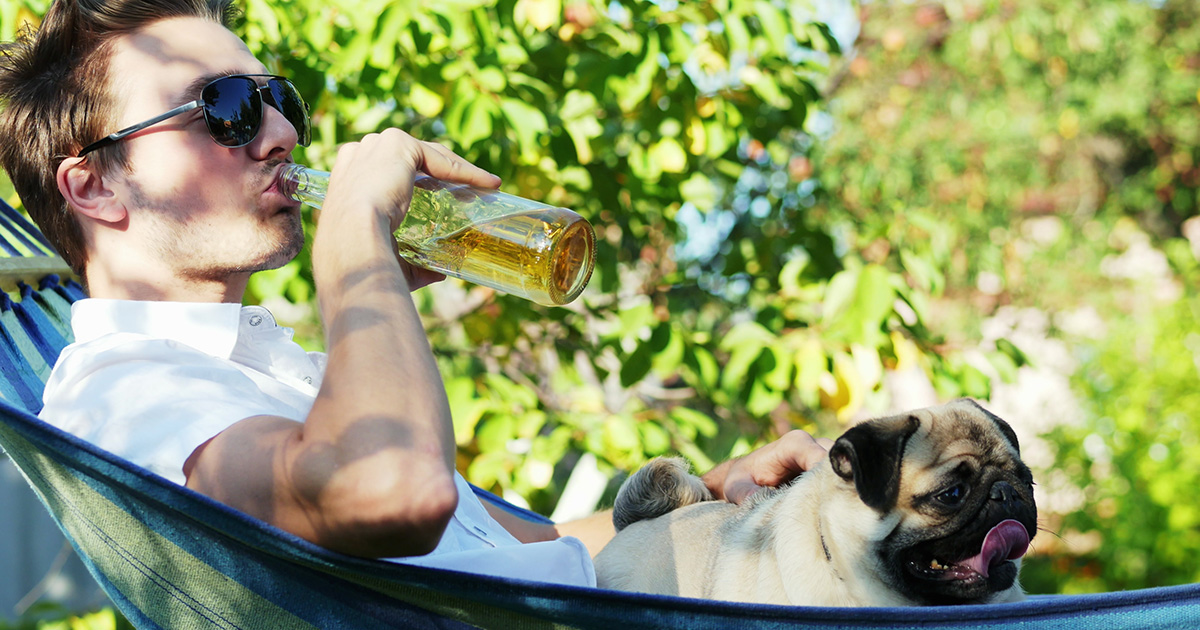 STONY BROOK, N.Y. — Lifelong socially anxious man Max Trembolt revealed to a group of friends that he was single and ready to mingle with the party host’s dog tonight, confirmed sources who strangely enough had the same exact gameplan.

“There’s plenty of fish in the sea and this one just so happens to love belly rubs,” said Trembolt before retreating to the bathroom for 20 minutes to take an additional anxiety-alleviating breather. “My girlfriend and I recently broke up, so I got dressed to the nines and am ready to play the field here with Rocco McFluffypaws specifically. All that said, this party is already going way better than the one last week when the host’s only pet was a tarantula. Even though I’ve dealt with social anxiety for years, there’s only so long you can instinctively avoid eye contact with all eight eyes of an exotic spider before having to try to talk to someone. Thank God for people with normal pets.”

Lane Dracon hosted the party seemingly knowing that their dog would be the life of it.

“You know what they say. Dogs are a man’s best emotional support animal,” said Dracon before instituting a stern 15-minute maximum petting limit so everyone can get a turn. “I’ve seen as many as six different people simultaneously petting my dog all while actively avoiding conversation with each other and staring at the ground. I swear, more people interact with my dog at parties than they do me. That must be why guests frequently say goodbye to my dog and forget me altogether. Like, hello! My dog didn’t pay for all these microwavable jalapeno poppers and Schlitz beer. The credit card I stole from my parents did.”

Experts noted how parties are a giant struggle for those who suffer from social anxiety.

“Social phobia affects millions of people and it’s at its peak at get-togethers,” said psychologist Lucy Gray. “Thankfully, people are more sympathetic to it than ever before. We’re actually seeing more people adopt dogs for the sole purpose of relieving their party guests’ anxieties. Soon enough, every gathering is going to require at least one dog per partygoer to make sure everyone is comfortable. Until then, no one should expect to have a good time at your party.”

At press time, Trembolt suddenly noticed the party host’s cat, which opened up a whole new world of anxiety-relieving possibilities for the evening.