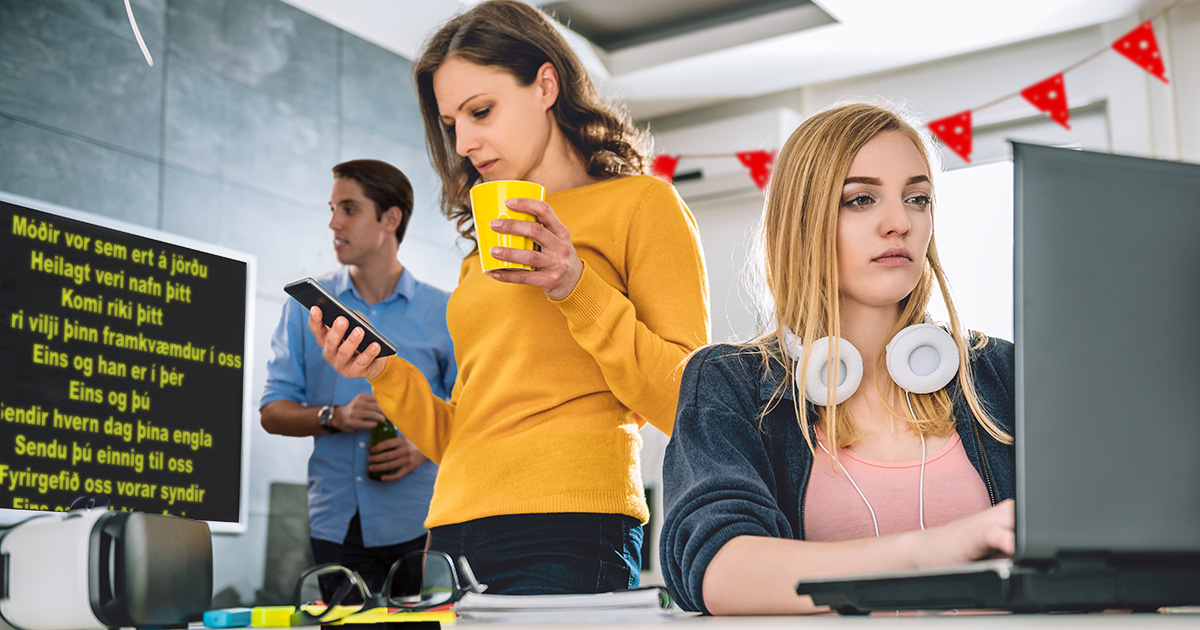 “I just killed on ‘Paradise City’ before the new guy got up there,” said Measureworks salesman Chris Wu. “This weird, fancy, atmospheric music played for like, 10 minutes, and then there were all these weird sounds that I guess were background vocals or something.”

Simmins, a karaoke novice and casual Sigur Rós fan, acknowledged that while he has no idea what the Icelandic band is singing about, he does like their album ().

“On the lyric screen, there were no words — it was nothing but wavy lines and the words ‘elf-like moan’ in parenthesis. I knew right then and there that I’d really fucked up in front of everybody,” Simmins said. “My voice blew out during the high-pitched wailing part seven minutes in.”

The Orange Lamp, the host venue for the party boasting “the biggest karaoke book on Staten Island,” reportedly offers a wide selection of thousands of songs, some more crowd-pleasing than others.

“Jeff wasn’t the even worst one last night,” Saraman confirmed. “After he disappeared, some drunk guy got up and did that Enya song — the one that’s all like, ‘Sail away, sail away… ’ Is that what it’s called? You know what I mean.”

When asked if he’ll ever do karaoke again, a hesitant Simmins claimed that “if and when he ever does,” he surely won’t make the same mistake twice.

“I might try again, but not Sigur Rós,” he said. “I’d go with something simple like the Cocteau Twins. I think I’ve learned my lesson.”