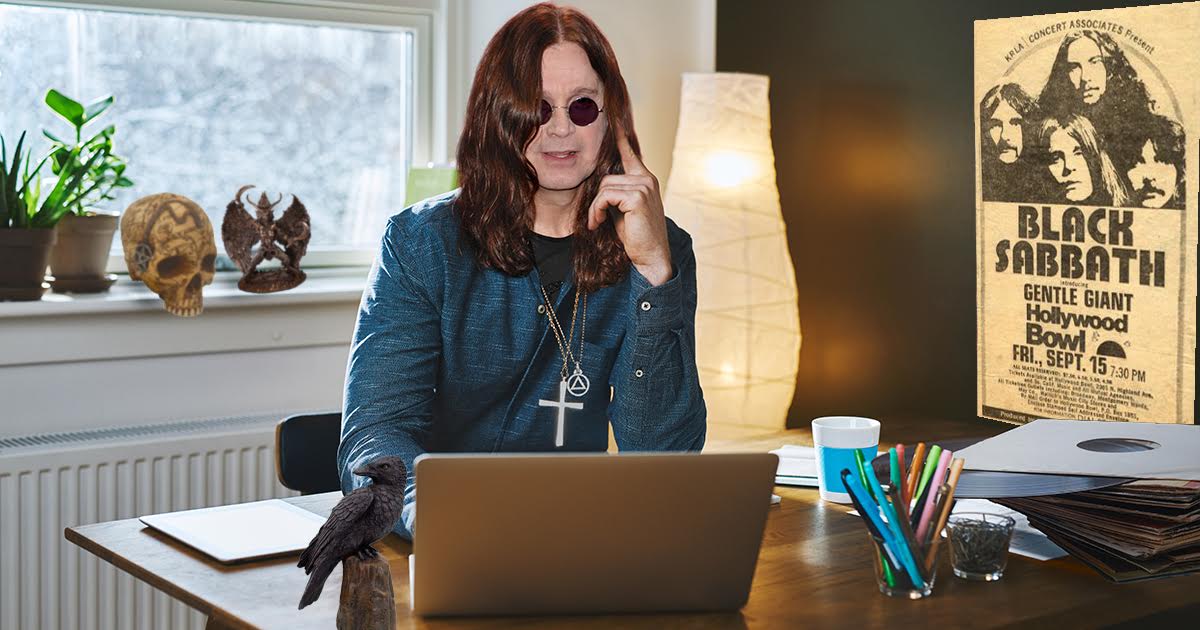 LOS ANGELES – Ozzy Osbourne, Black Sabbath’s longtime lead singer and founding member, used a search engine to try to remember his own lyrics before a show this week, according to multiple sources.

A roadie, who requested anonymity, had let Osbourne use his laptop while the band was preparing for last night’s show at the Pavilion, and discovered the phrase in his browsing history soon after.

“I was getting ready for the show and realized I didn’t know the words to any of these fuckin’ songs,” said Osbourne. “I put on one of our records and wondered, ‘What the bloody hell am I singing here?’ I honestly don’t have the faintest idea.”

Megan Soderberg, a Pavilion employee, witnessed the rock superstar trying to navigate the phone’s search function. “He tried to use Siri by yelling ‘Black Sabbath lyrics’ at it in his accent, but the phone just kept saying ‘I’m sorry, I can’t understand.’ I swear I heard Siri say ‘please stop’ at one point. I honestly felt bad for the phone.”

Osbourne’s research produced mixed results. “Yeah, he started last night with killer versions of ‘War Pigs’ and ‘Children of the Grave,’” said a tech close to the band, “but I think he must have gotten the lyrics to ‘Iron Man’ from one of those ‘misheard lyrics’ sites. I saw the song scrawled on a napkin and it said something about Iron Man ‘planting his veggies’ and ‘filling victims full of bread.’ This might have been the first time Ozzy ever used the internet.”

When he first found the curious lyrics, Osbourne was surprised. “I wrote that?!” he asked. “Fuck, man — I must have been on some crazy drugs. I could use some of those right now.”

Osbourne was apparently misled by other online resources as well. “I got confused when I heard Ozzy sing the lyrics to AC/DC’s ‘Highway to Hell’ over the riff to ‘Paranoid,’” said the anonymous roadie later on. “It turns out he downloaded an mp3 of ‘Highway’ that someone had attributed to Black Sabbath. So he really fucked that one up.”

Though the experience created some problems for Osbourne, he notes it did show him the power of internet research. “Sharon hasn’t shown me any bank statements for the last twenty years,” said Osbourne, “so I searched ‘Ozzy Osbourne net worth.’ I didn’t know I had so much fuckin’ money, man!”