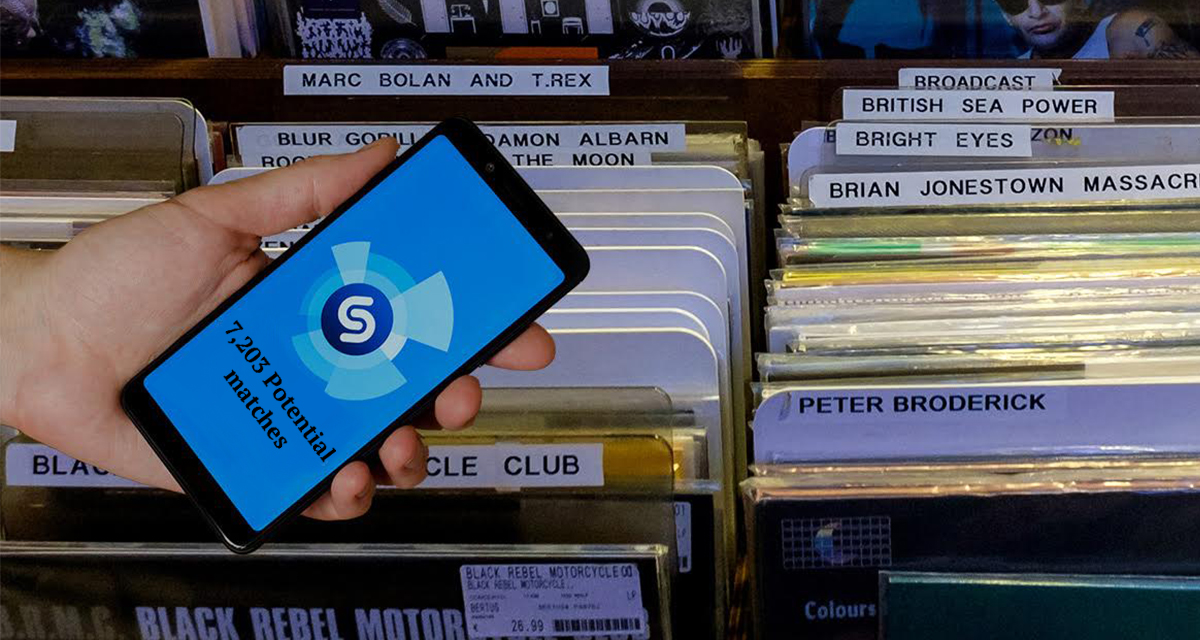 CHICAGO — Local metal fan Tracy O’Brien attempted to use the popular music identification app Shazam today to identify a death metal song while in a record store, receiving a list of over 7,000 potential matching songs.

“I always thought that Shazam would be able to identify anything I threw at it, but when it came to this song, it just seemed to phone it in,” O’Brien said. “I tried to do it really discreetly because I didn’t want anyone to see that I didn’t know what song was playing over the PA — God forbid a girl ask the clerk what song is playing; I’ll be insulted and pandered to for 45 minutes. So I hid behind a rack of used DVDs and took out my phone. Turns out, even the program wasn’t sure what song, or even what band, it was. It was anywhere from Skeletonwitch to Pig Destroyer. That’s not even the same ballpark.”

“Look, our algorithm can identify a Mexican folk ballad played through a broken speaker in the middle of a busy supermarket, but even we have limitations,” Salazar said. “But if you want it to identify the differences between death metal songs… I mean, come on. Technology hasn’t advanced that far yet. We’ll have a man on Mars before our app will be able to tell the difference between Dying Fetus and Aborted.”

The death metal community however, have taken this failure as an insult to their music.

“Mortification sounds nothing like Devourment: one is deathtrash, and the other is slam death metal,” explained Derek Mathis, death metal expert and frontman for both Death Doom and Severed Finger. “There are subtle differences in the distortion, mid-range gutturals, and blast beats one would recognize if only they took the time. It’s no surprise a computer can’t identify them — you need a keen ear and high intellect. You don’t like it, go listen to Metallica.”

Shazam has since announced they are working on AI software based on Mikael Åkerfeldt’s brain to help with death metal song identification.