Sex Playlist Has Too Many Weird Al Songs On It 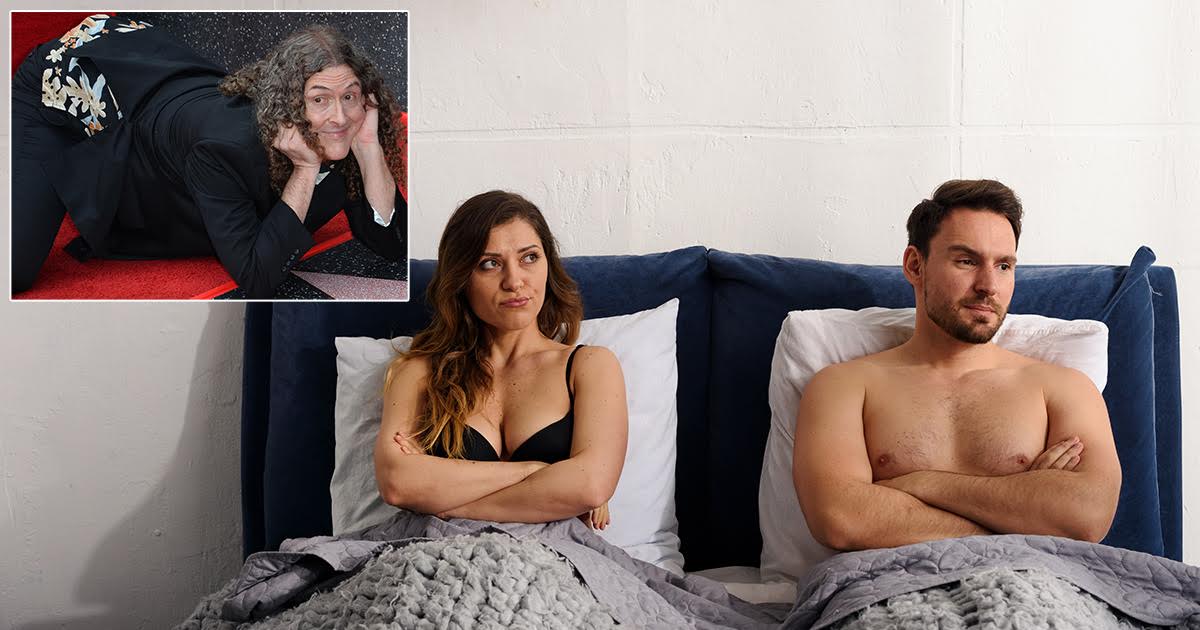 “Maybe there’s something severely wrong with me, but I just can’t get in my sexy place when ‘Polka Your Eyes Out’ is playing on an unamplified iPhone speaker on the nightstand,” said Dreskel before discovering the entire Spotify playlist was a whopping 187 minutes long. “Don’t get me wrong. I love ‘Amish Paradise’ as much as the next guy, just not when I’m trying to satisfy my sexual urges. To be honest, the playlist started off extremely well. I got that good old sensual feeling after a couple of Boyz II Men and Sade songs, but the minute I heard the opening to ‘Eat It’ and realized pretty quickly it wasn’t the Michael Jackson version, I had to put an end to it. Only a real pervert would get off on parodies about food.”

Dreskel’s boyfriend Ronald Tomlinson didn’t see what the big deal was about his carefully assembled playlist.

“This is a big red flag for me,” said the Tomlinson. “You’re trying to tell me, the lyric ‘yabba dabba, yabba dabba dabba doo now’ doesn’t immediately get your sexual desires to go haywire? I mean, please. She might need to seek therapy to see if there’s some sort of deeper underlying issue afoot. It’s not like I put any of Al’s non-parody works on the playlist. Believe me, I think I showed a lot of restraint by not including his classic ‘Dare to Be Stupid’ on it. What a complete waste of my playlist, Boner Party 69.”

Local therapist Gene Carter noted the challenges couples face when they don’t see eye to eye in the bedroom.

“Only relationships built on mutual respect of how each other gets off are the ones that go the distance,” said Carter. “That goes for sex playlists too. Not everyone agrees on what’s musically erotic. That’s why you need to be upfront with your partner about what turns you on. Just the other day I was with a couple where the man would get sexually amped up by listening to Tenacious D, but the woman was more romantically prone to Flight of the Conchords. So, what did they do? They agreed to listen to both simultaneously in bed. That’s called compromise.”