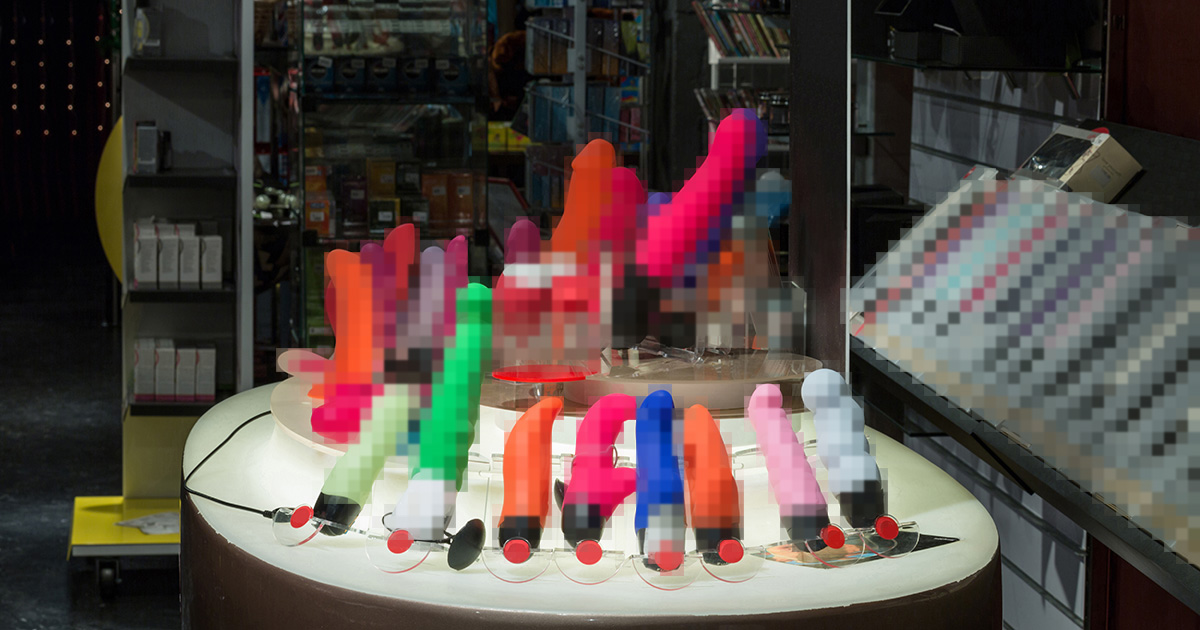 TOKYO — The Seikoi Museum of Sex in Kabuki-cho, the red-light district of Japan’s capital, opened its doors for the first time earlier this week in accordance with Article 175 of the Criminal Code of Japan, which requires genitalia to be censored in pornography.

“Factions of the government deemed the sex organs obscene in the 1800s to appease the first conservative visitors from the West. Today, we are unveiling new and exciting ways to disguise those naughty bits, such as transposing digital mosaics of Hello Kitty over the pubic area,” bragged museum director Takeshi Sasaki. “Penises are not allowed to be depicted in their full glory like they were in shunga paintings from the past, which ironically over-emphasized the genitals. These days, tentacles have replaced them in many situations to bypass the laws. As you may have noticed, the benches in here are octopus tentacles so that people can avoid sitting on exhibits they can’t see, such as our giant Pocky sticks covered in pubic hair.”

As guests poured in, everything below their beltlines was automatically pixelated to fit in with the theme.

“I never knew I could ever be considered exotic, but here I am,” explained Sakura. “It’s funny because people can’t even see half of my body here. I’m getting paid the money I would normally make filming 10 movies just to dry hump this 7-foot-tall Pikachu doll for a few hours. I wish all of my gigs were this easy.”