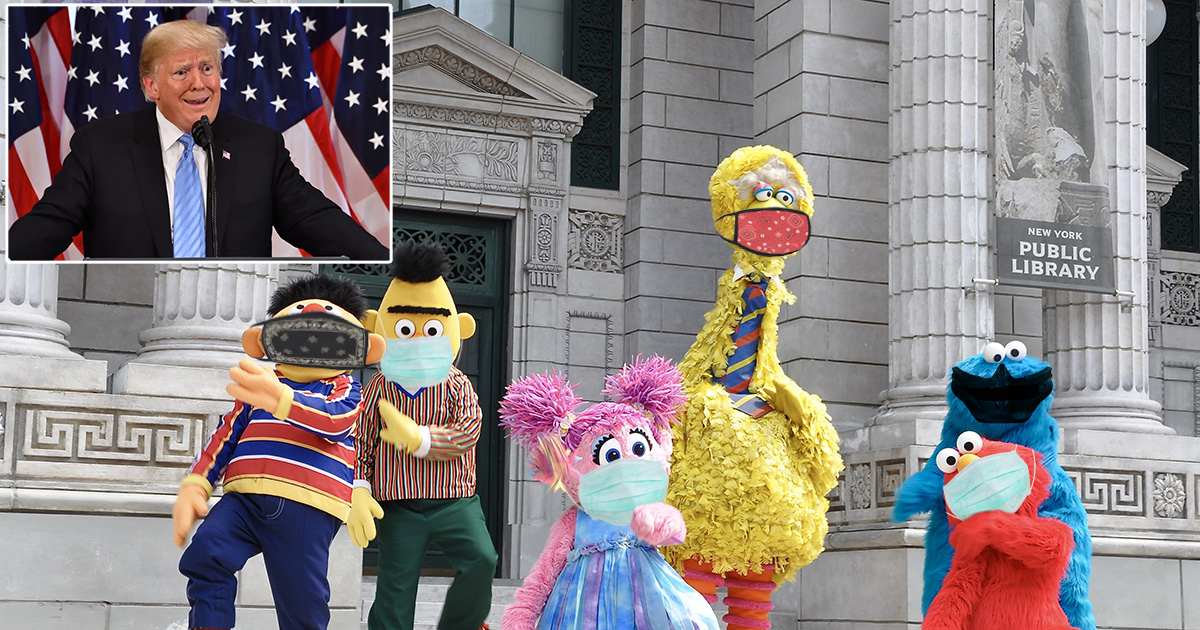 NEW YORK — The cast of “Sesame Street” joined the country’s leading scientists and health experts this weekend in a special episode that explains the basics of the coronavirus to President Trump.

“Like so many of our young viewers, Donald Trump is obviously confused and frightened by this ongoing crisis, so we created accessible content to help our President understand the facts of the global pandemic. At one point we feared we might be dumbing things down too much, but then we realized who our target demographic actually was,” said Jeffrey Dunn, CEO of the Sesame Workshop. “The program covers a range of topics tailored to our commander-in-chief — from the ABC’s of social distancing, to the do’s and don’ts of narcissistic Twitter meltdowns. We’re hoping Fox News takes a break from blaming Obama for this outbreak and runs some of our segments, so we know President Trump actually sees it.”

The 90-minute town hall episode featured an all-star cast of Sesame Street muppets, who took turns fact-checking and responding to incoherent statements made by the President about COVID-19.

“Elmo is sooo happy Trump watching Elmo’s show now! That means coronavirus briefing today led by competent medical professionals, instead of being derailed by the ramblings of a vindictive sociopath. Yaaaaay!” said Elmo with arms akimbo following the airing of the show. “We sing about risks of ingesting household chemicals, and we sing special song about preventing more senseless death. That song makes Elmo saaad.”

President Trump shared his takeaways from the “Sesame Street” broadcast, responding in a series of unhinged tweets late Sunday evening.

“It’s a disgrace when you look at what’s happening on Sesame Street. Big Bird isn’t even that big. Trust me — I’ve seen big birds, these birds were bad — but that yellow freak knows nothing about business,” Trump tweeted. “These are very sick people, and you also have people who are actually very sick, so we’re helping them with that. But we have the biggest ratings numbers ever and Sesame Street won’t report — just ask that rich purple guy who loves to count! #LameStreet Hoax makes Trump SAAAD!”

According to sources, the White House has begun drafting an executive order that would defund public broadcasting and ban financial support from progressive letters of the alphabet.