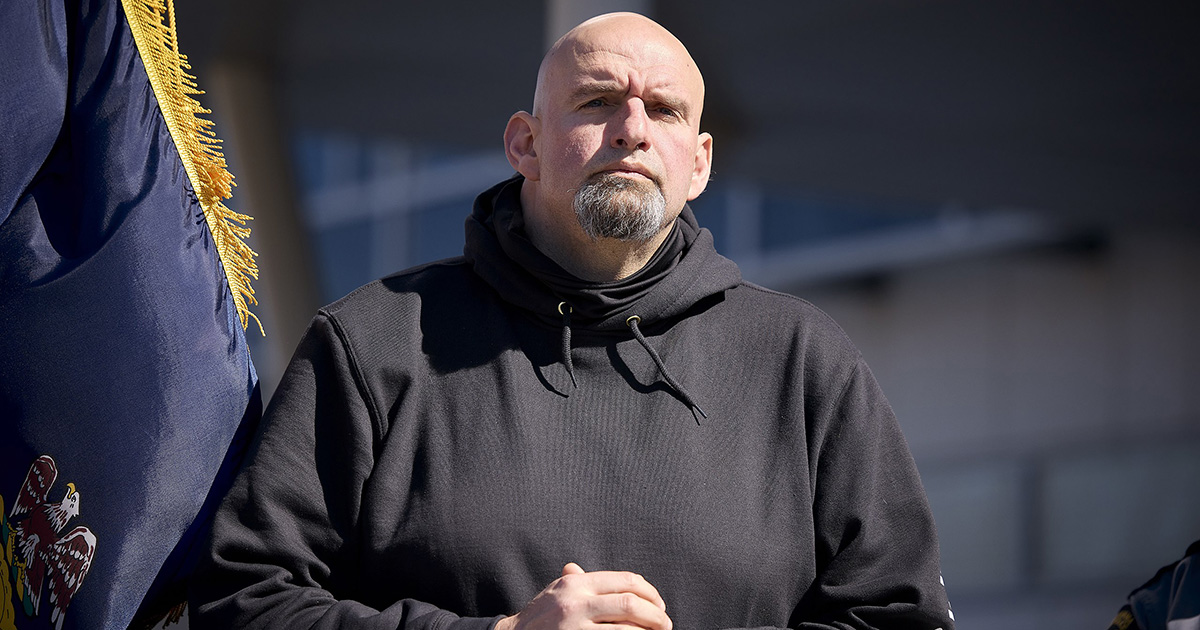 “How the fuck we feeling tonight?” said Fetterman to a packed suburban Philadelphia Knights of Columbus hall. “Here’s the deal. Right now we’ve got the people who built this scene hitting their 30s and 40s, but they’ve all got the knees and lung capacities of normies twice their ages. And unfortunately, Republicans that supposedly ‘support veterans’ never extend that compassion to scene veterans. I promise to fight for Pennsylvania. All I ask is that the punks in the crowd tonight who are over 18 and/or not felons vote for me this November.”

“I knew we were in for some real shit when Fetterman wrapped the mic cord around his wrist and started pacing around the stage like a caged tiger,” said Doyle. “Like most of the old dudes at the show, I have severe tinnitus, so the majority of Fetterman’s speech just sounded like high pitched ringing to me. But from what I heard, I’m really impressed that he’s got our backs. He even vowed to take care of anyone suffering from crowd-kill-related CTE, and those who were given one too many nard punches while crowd surfing. He’s definitely got my vote, assuming I wake up early enough to get to the voting site before 8 p.m.”

Dr. Mehmet Oz, reality TV star and Fetterman’s opponent, expressed his conversative views on Medicare, and tried his best to shake his reputation as a “poser.”

“I actually have a ton of punk cred. I once had Avril Lavigne on my TV show to talk about lyme disease,” said Oz. “But you know what I think is really punk rock? Dismantling the social safety net. Healthcare is a privilege and not a right. And did you know that those so-called ‘mother fuckers in the back’ barely even contribute to the local economy? When was the last time you’ve seen an old punk buying a t-shirt from the merch table?”

At press time, Fetterman is campaigning and crashing on couches across the state.